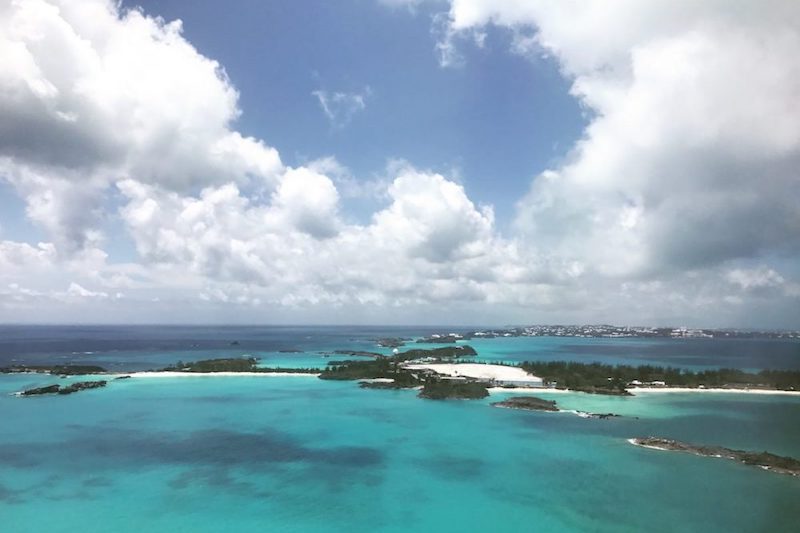 As we've grown as a business, we've been invited to look at ever bigger and more interesting projects, right across the world. So when we were asked to look at a potentially fantastic project in Hamilton, Bermuda, we didn't have to think about it for long. The decision was made even easier by the fact that there was another calling point in Toronto Canada, on the way.

Bermuda is a small island in the middle of the North Atlantic Ocean and around 1,000 km east of the coast of North Carolina. It's a British Territory but feels far more Caribbean than Canterbury.

The approach in by air is stunning and you get a sense of scale and perspective to see how green the island is. 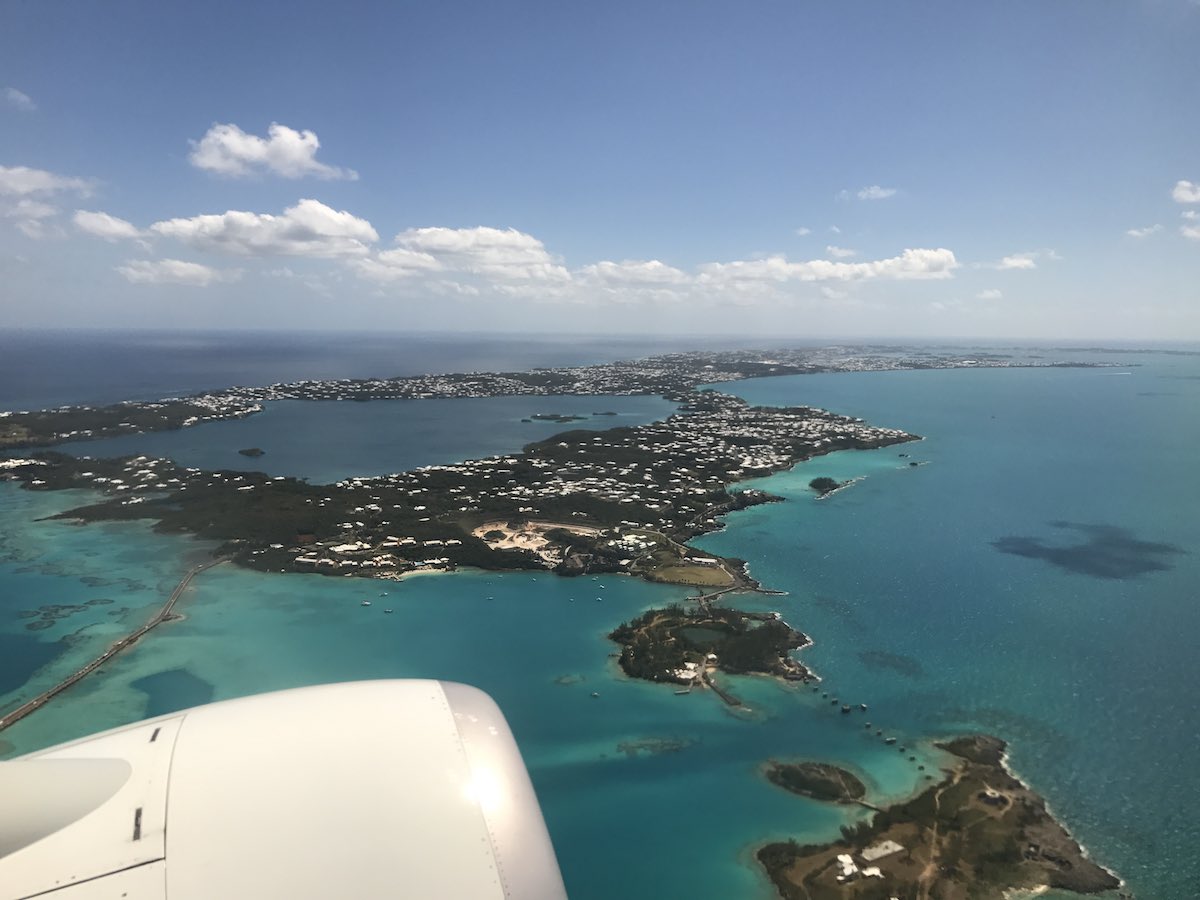 The view from the sky of Hamilton Bermuda 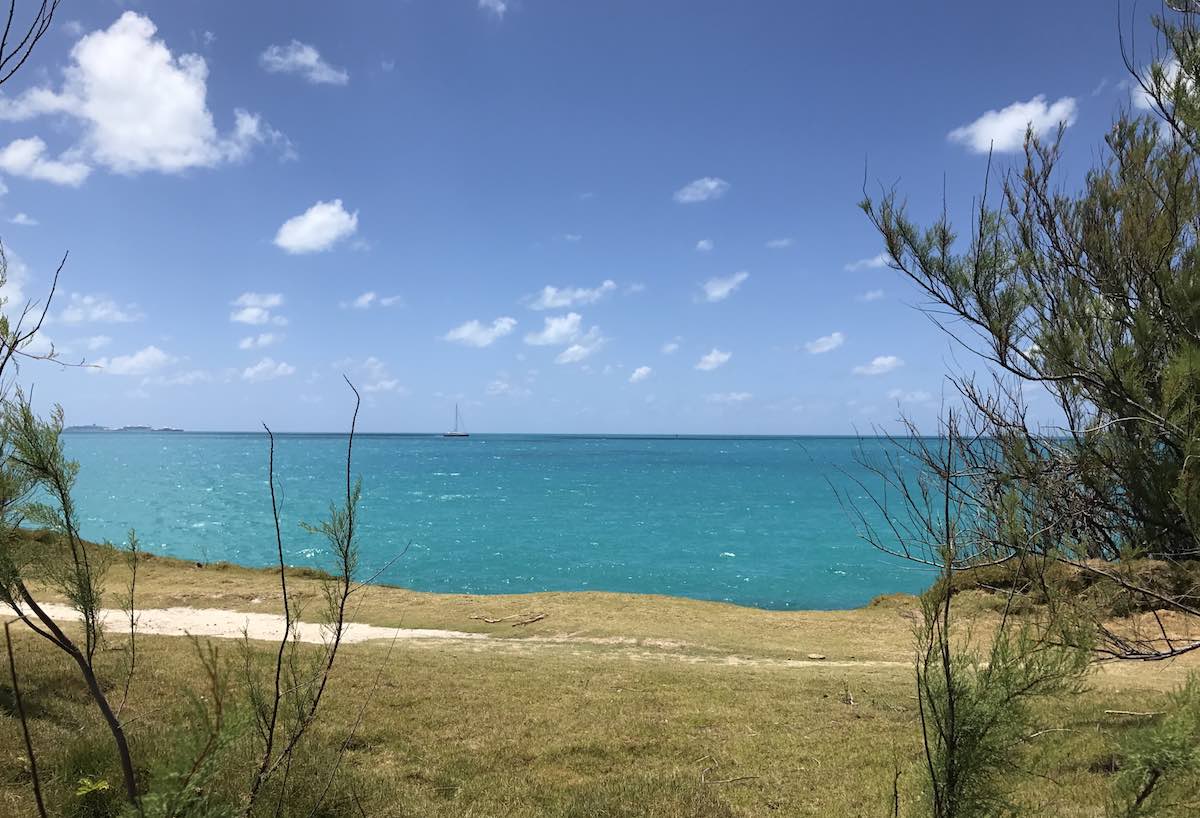 But what you can't see from the air are the thickly gladed hills and the brightness of the houses with most of them being painted in beautiful warm colours that seem to work together. It's almost as though they have an agreed colour palette that they all stick to when they come to paint their houses. 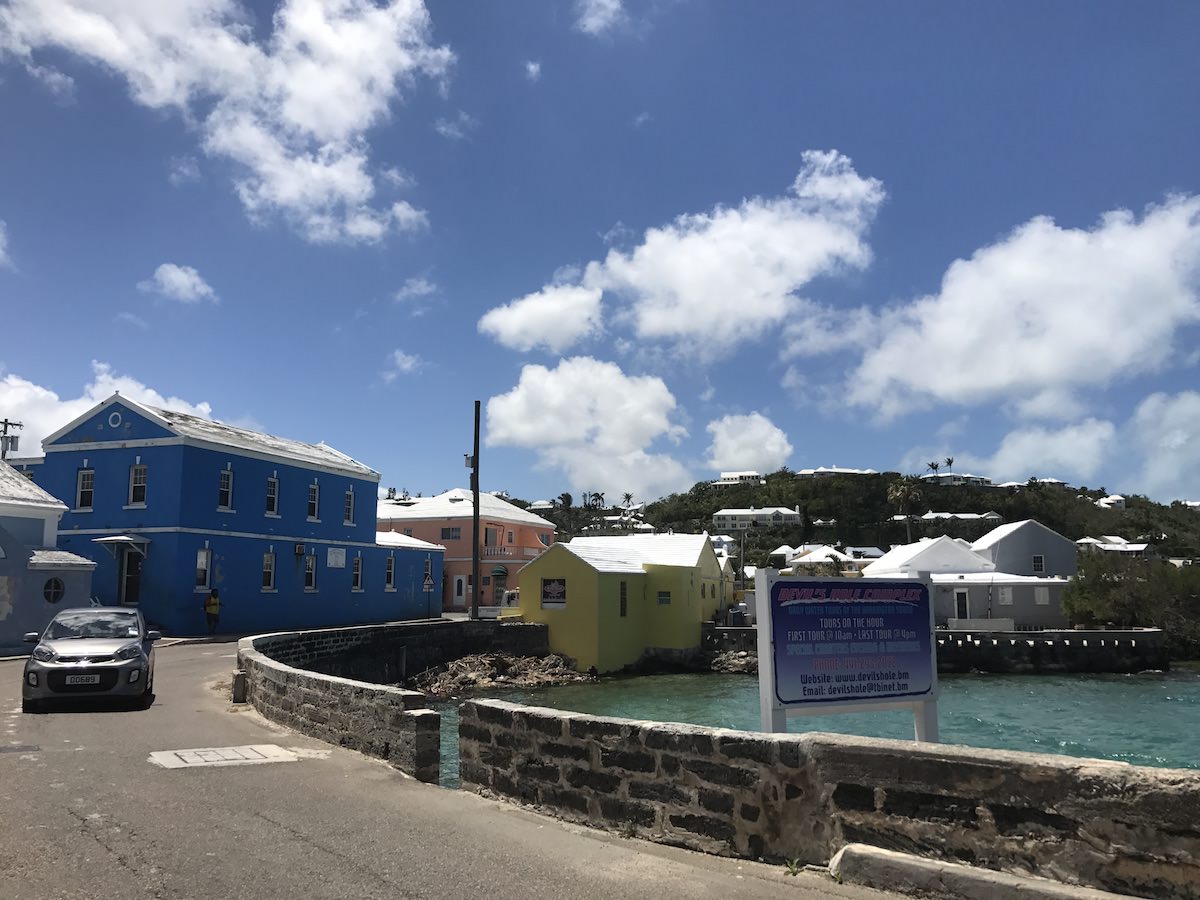 One of the smaller harbours around Hamilton

Considering this is one of the smaller cruise ships to grace the ocean, it looks pretty huge when you're next to it on a quayside. It's a Dutch ship visiting a British Island that was discovered and named by the Spanish in 1503. That shows quite how international Bermuda is. It's British with a whole melting pot of other influences. 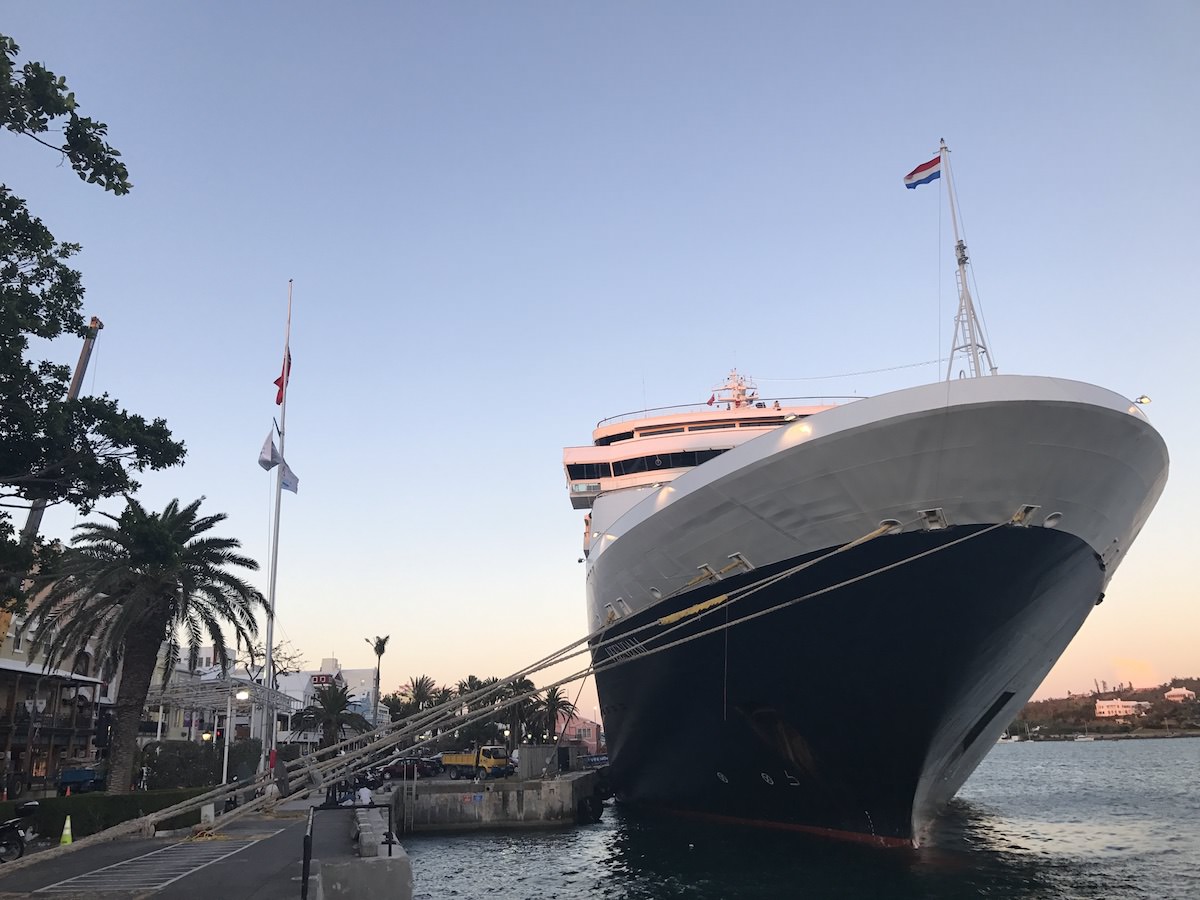 When we are looking at a new project, we always look for design cues from local architecture and again, Bermuda doesn't disappoint. Whilst the style of buildings isn't hugely distinct, there are some real cues that we have to follow. You can see these in the few images below. The roofs of the houses have tiny or non-existent overhangs to make it harder for the hurricane winds that blow through most years have less to get hold of. 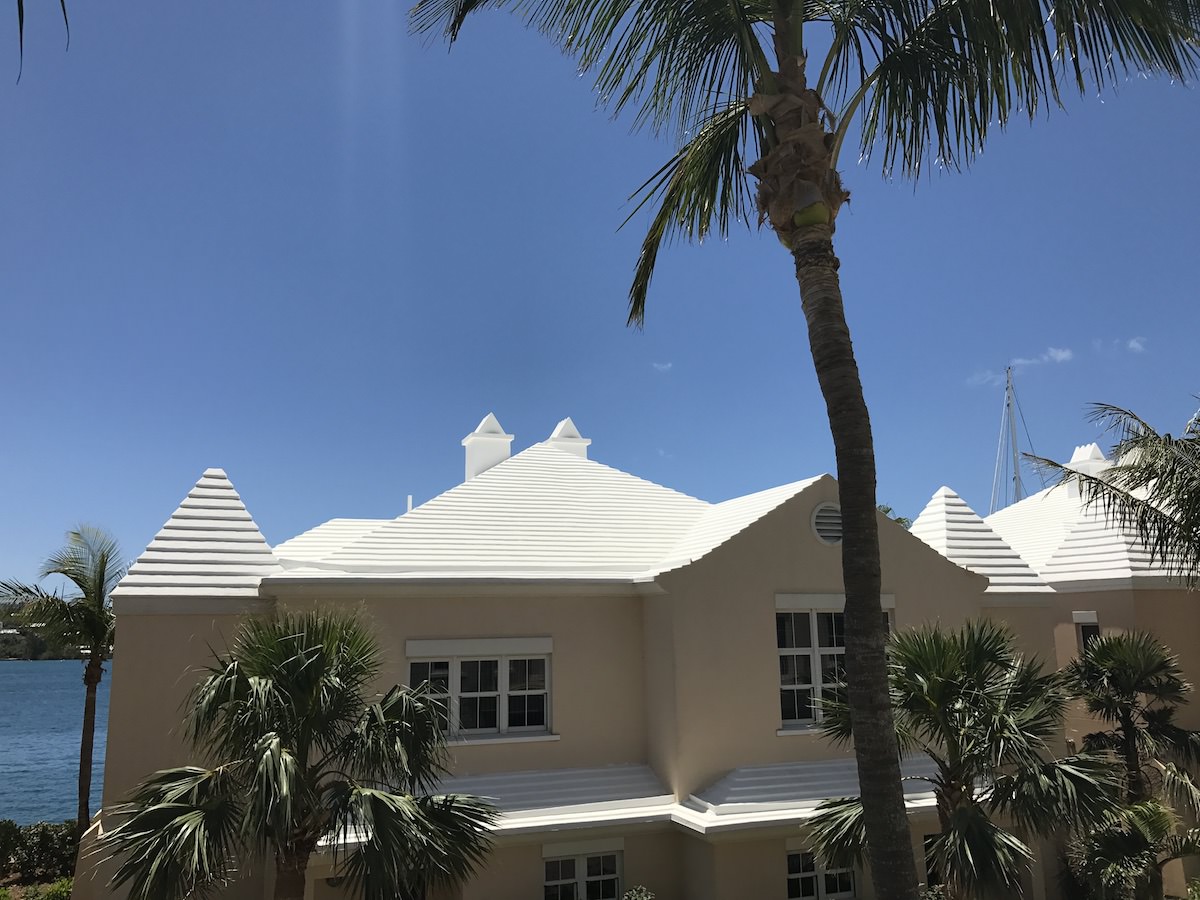 Fresh water is a precious resource in Bermuda, so it's also standard practice to recover as much rainwater as possible. The roofline is designed to maximise this water recovery as rainwater is the ONLY source of fresh water across the whole island. Simple but clever. 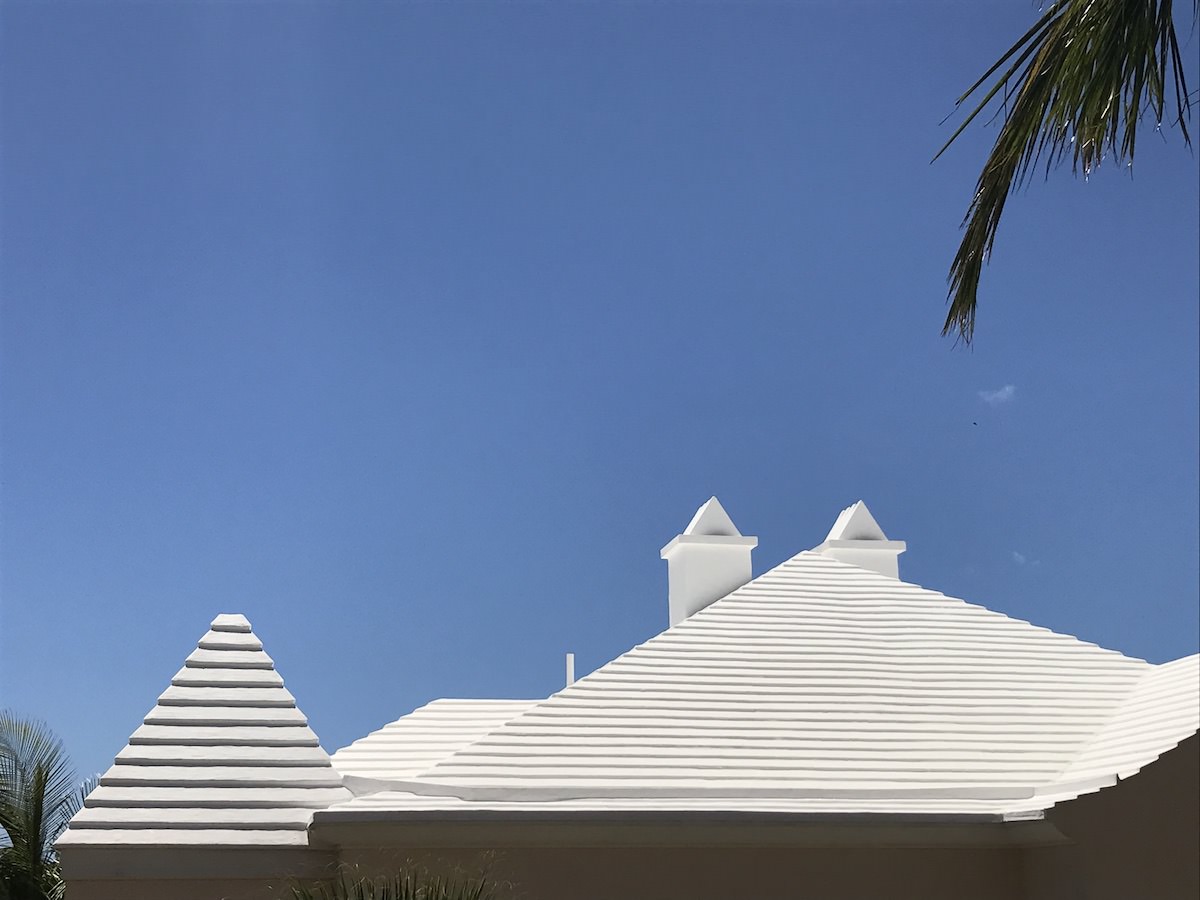 One of our favourite details about the architecture were the 'Welcoming Arms' Stairs. They open out as they reach the bottom in a welcoming gesture. It makes the whole island feel more friendly as it's a very common site throughout both older and new buildings. 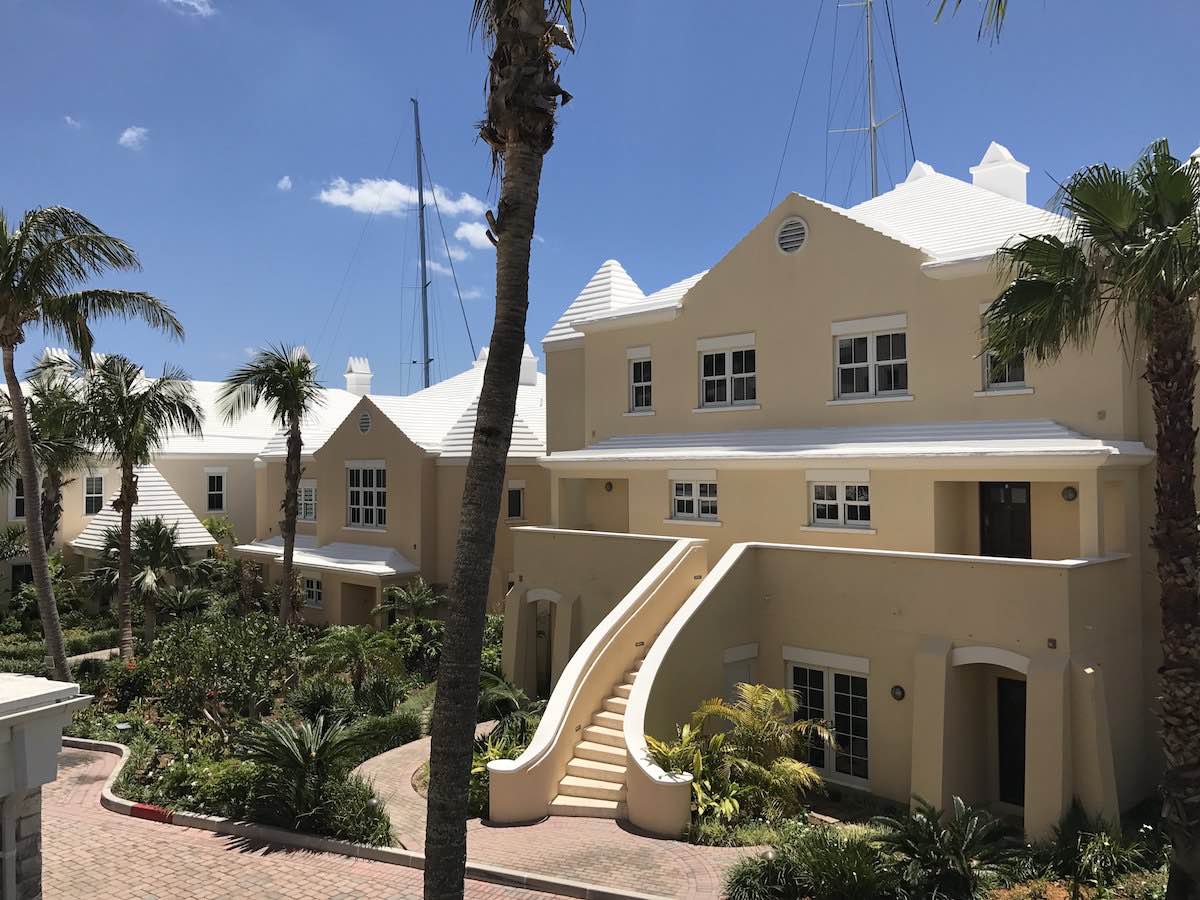 Welcoming Arms Stairs - A common feature of buildings in Bermuda

And the signage systems we saw everywhere were just crazy. This is a genuine sign at a roadside. As much as we love the haphazard style, it didn't seem like the most elegant roadside solution. But it will be one we will 'borrow' now that we have started the design process on our Bermudan project. 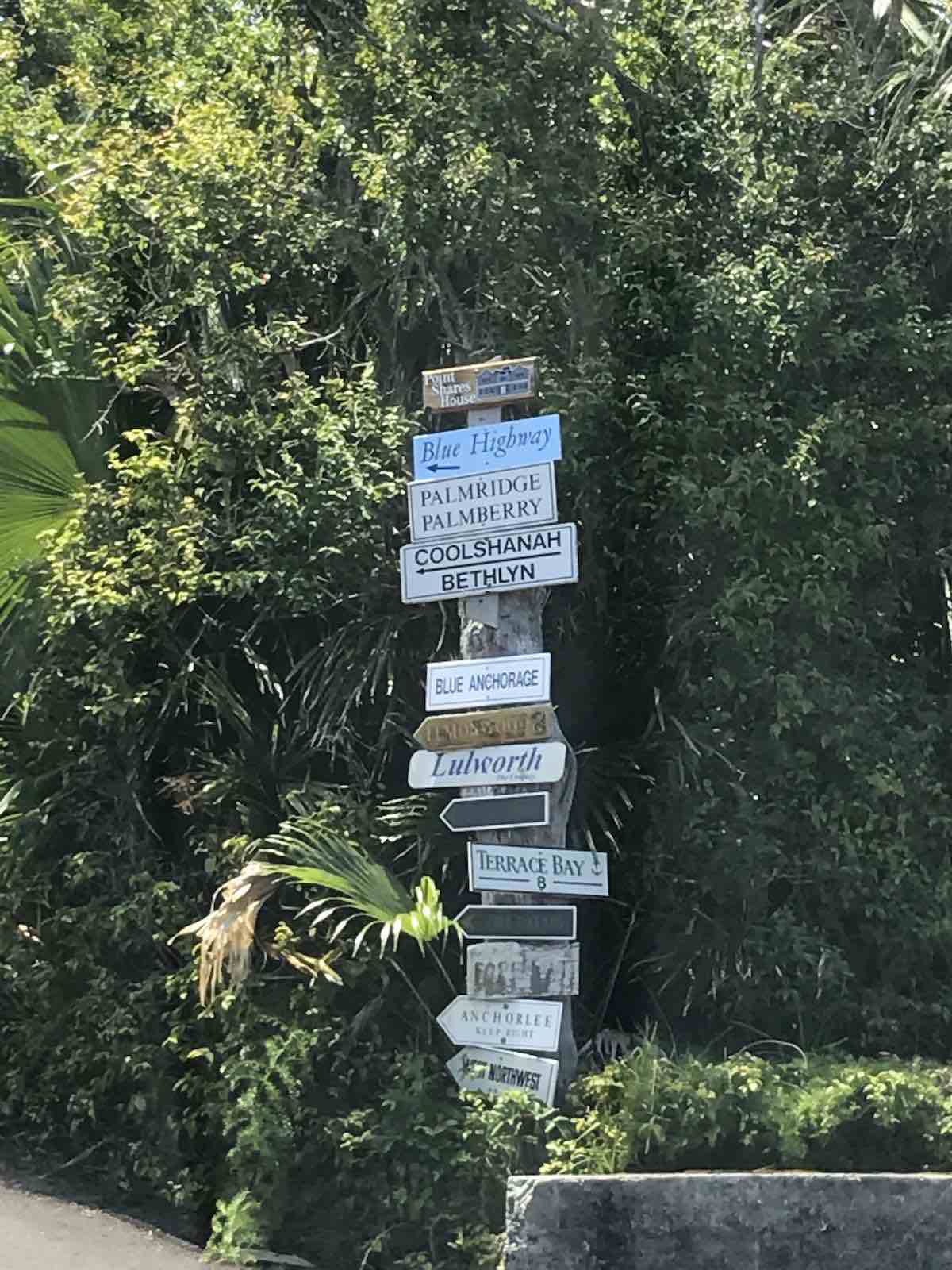 In fact, The Bermudan signs, did remind us more of the signs we created when we designed BeWILDerwood back in 2007, than a series of formal British road signs. 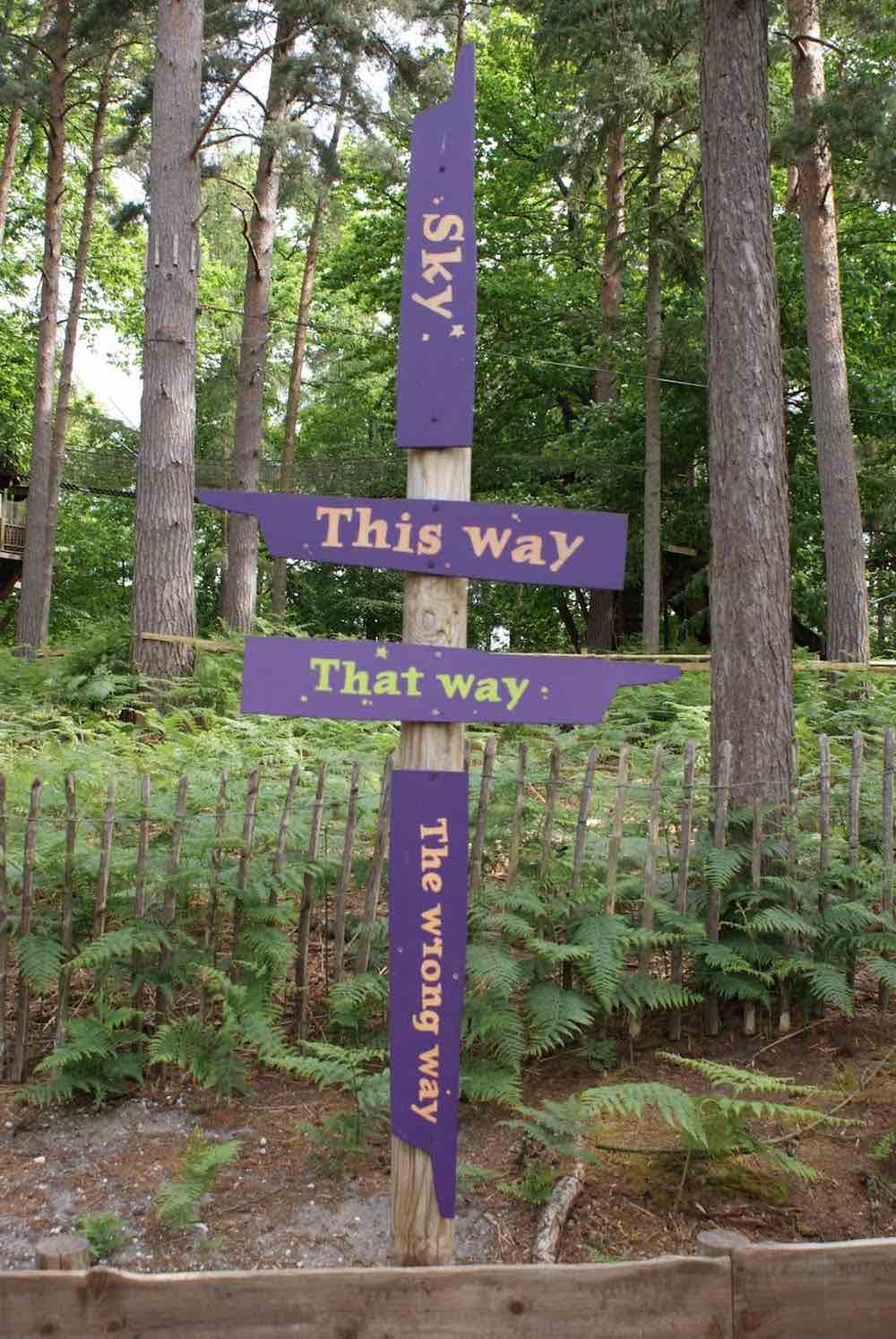 One last design cue that was very apparent was again driven by the risk of hurricane damage. It was that any open structures (such as the tower back right) have to be open to the south-west and north-east to allow the hurricane winds to blow right through. It's an obvious detail but one that over the years must have prevented huge amounts of damage and was probably learned very painfully. 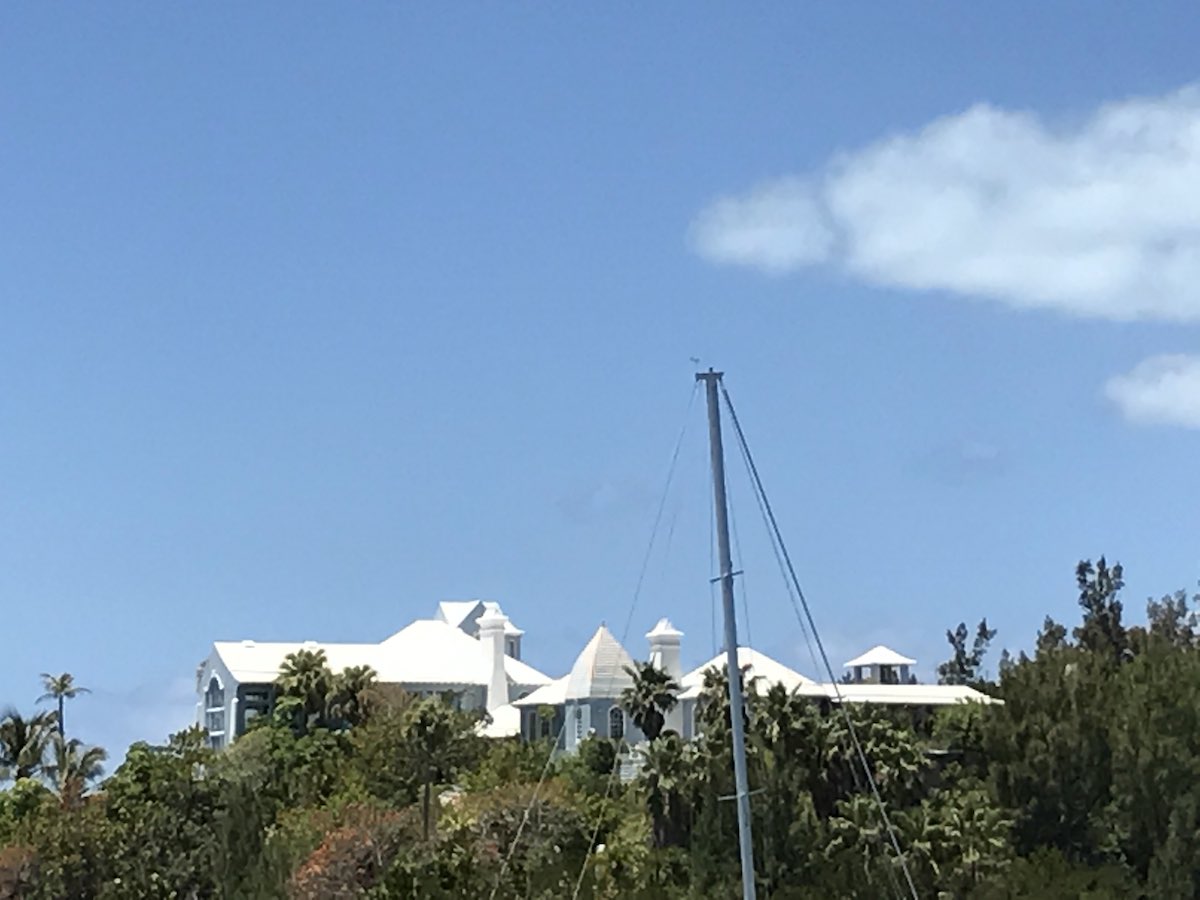 So as a team, we're looking forward to our Bermudan build. On paper it looks like an inaccessible island in the middle of the ocean, but in reality it's a seven-hour flight. With our teams working all over the most remote parts of the UK, even getting teams onto the Isle of Arran normally takes us longer than that. So it's a different mode of transport, but every bit as accessible as many or all of our other big projects - and they're much closer to home. 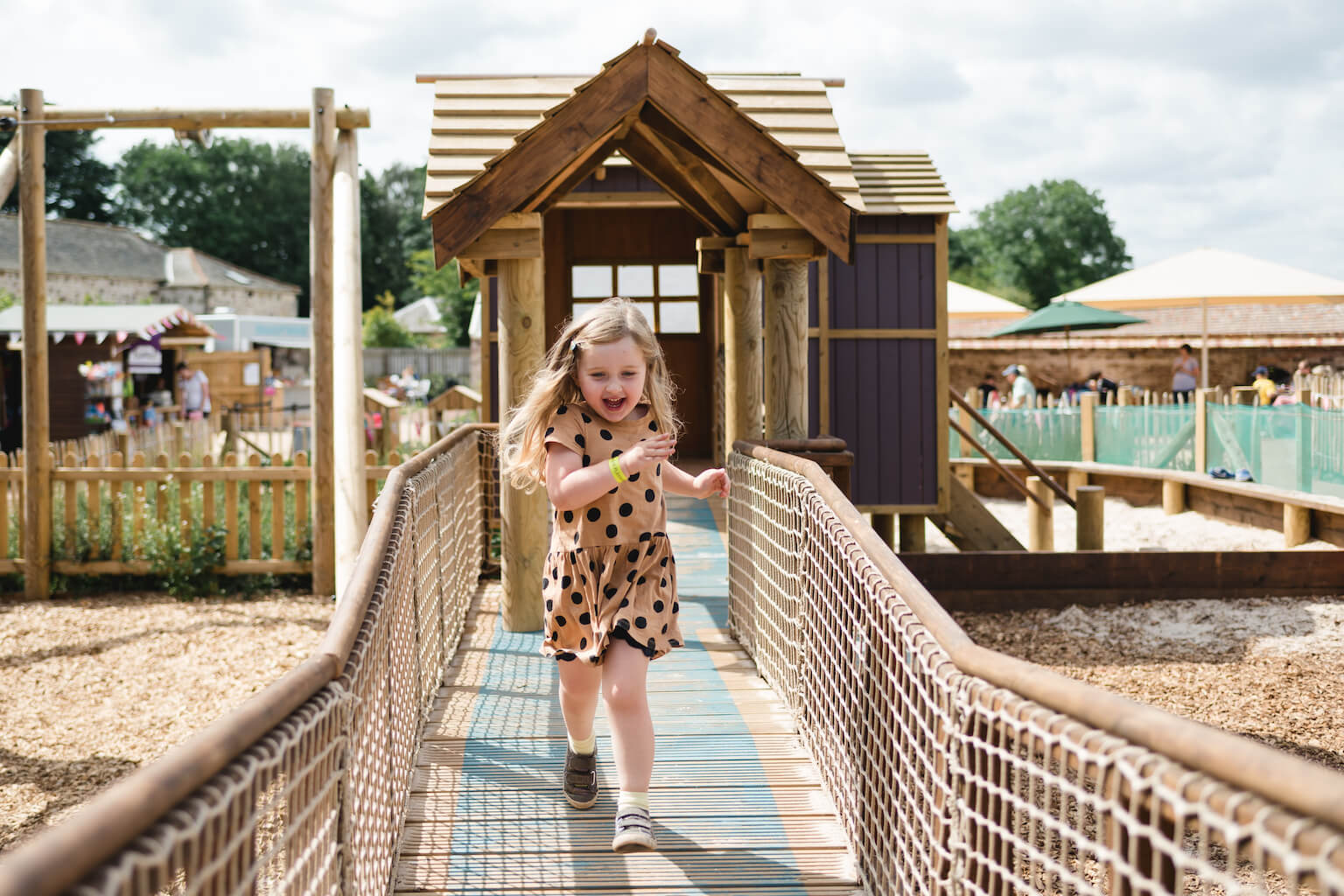 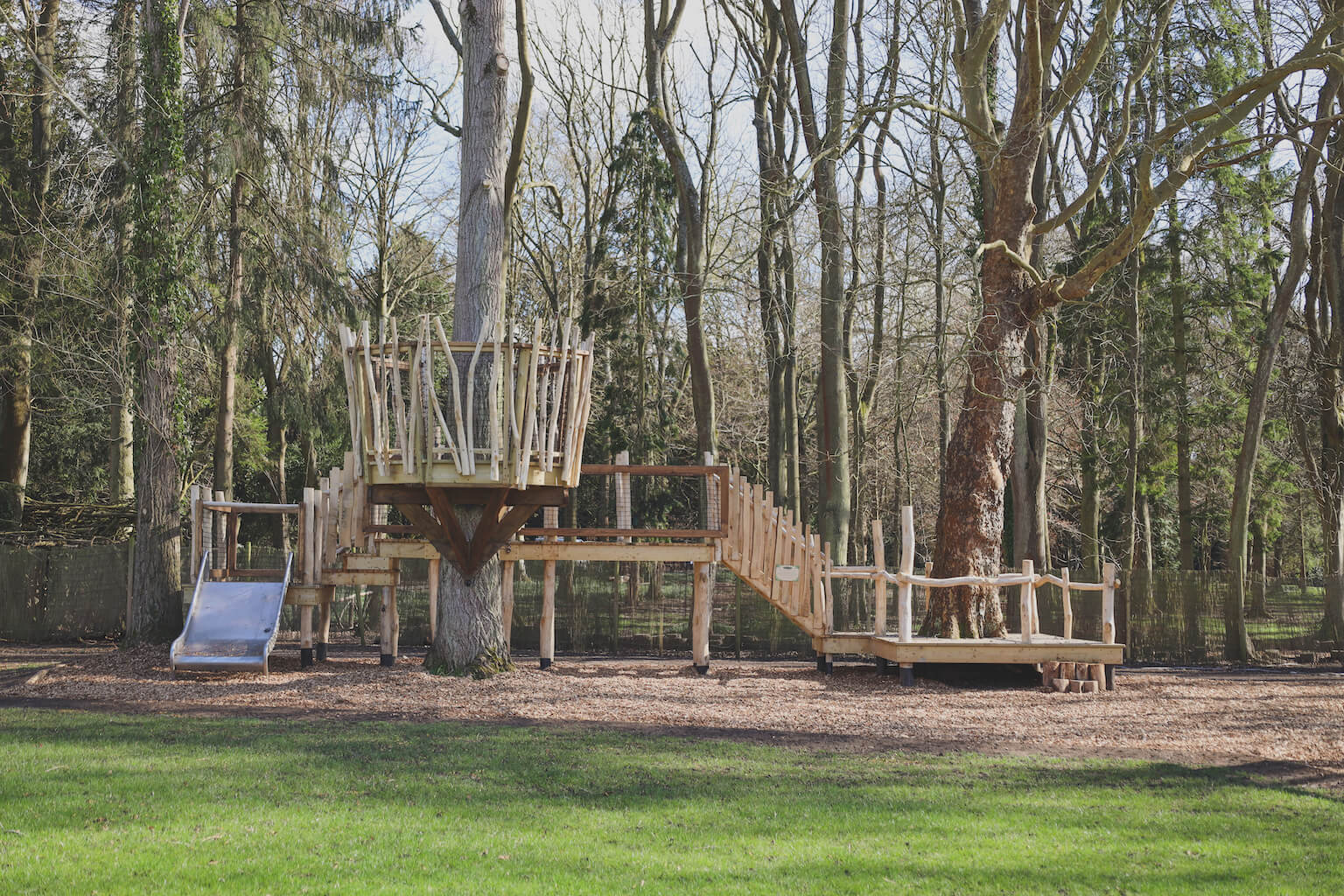