The Design for the new Adventure Play 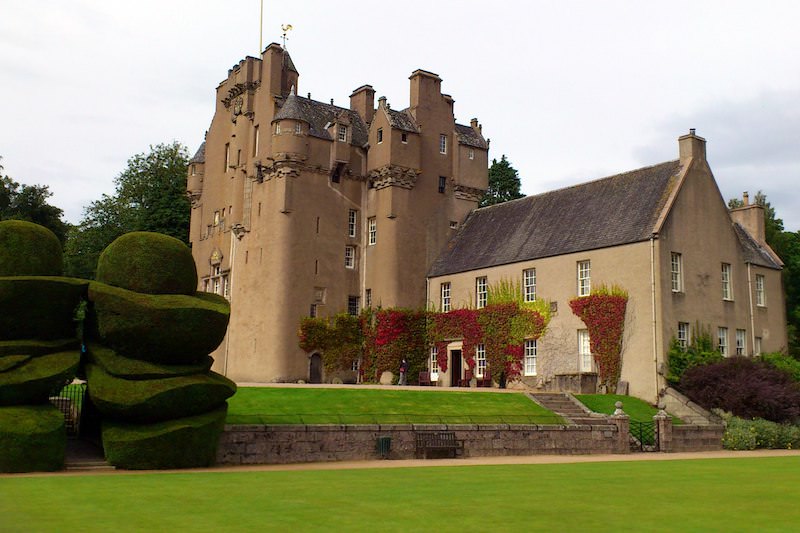 Crathes Castle, near Banchory in Aberdeenshire lays a strong claim to being one of the more unusual castles in Scotland. Built in 1596 and later extended, it looks almost 'polished' in its finish as it has a 'harled' exterior. harling is a process similar to plastering that protects the stone structure from the weather by coating it in a render made with a mixture of small pebbles and slurry.

The grounds extend to 530 acres and include woodlands, fields and a four acre walled garden. The gardens are home to rare native species and each have their own waymarked track named after them. These walks range from 0.75 miles to four miles and give you a chance of spotting each or all animals in their element. They are Roe Deer, Red Squirrels, Woodpeckers, Buzzards and Herons.

Pride of place at the front of the castle are the amazing Yew trees trimmed into all sorts of fluid shapes. Yew trees can often live to a ripe old age, but these were planted as early as 1702. They are seriously old.

With this in mind, our brief was to create a new adventure play centre that worked in and around the woodland and incorporated the existing rolling topography. 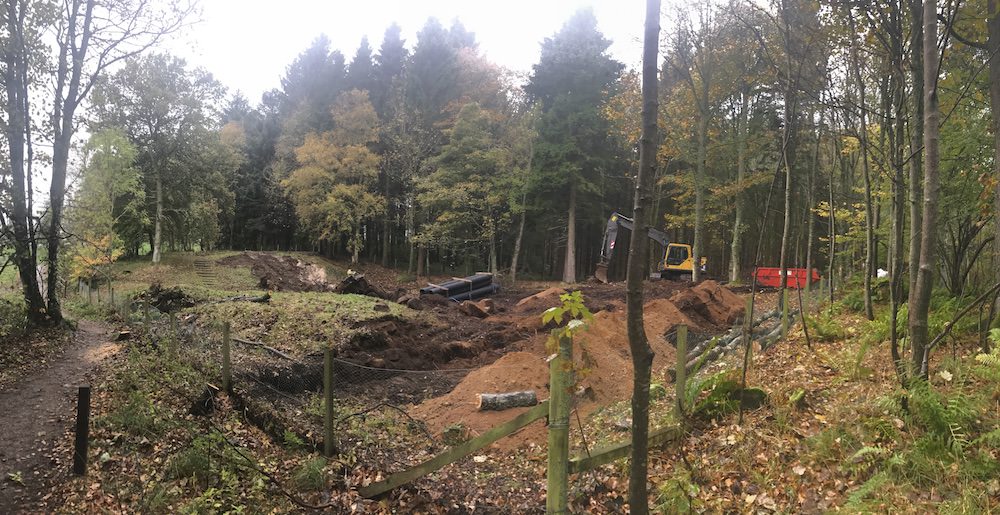 The solution as you can see from the initial drawings is built around a large central tower nearly nine metres tall. This is known as the Green Lady's Tower - a name derived from the story of the Green Lady who is said to haunt the castle. She's described as a forlorn spectre who is a harbinger of doom for the Burnett Family who originally built the 16th Century castle.

If you compare these two pictures. On the one showing the actual site you can see the steps at the back left. On this lower schematic, you can see how the design incorporates these steps. This, along with the natural fall of the land allows it to become one of the play features.

From this central distribution core, the walkways and climbs move around the edges of the woodland and include a long, fast zipwire and the advantage of the topography is that it allowed us to include a challenging rock face climb within the slopes that existed already.

On the next image, you can see the rock climbing feature built into the design.