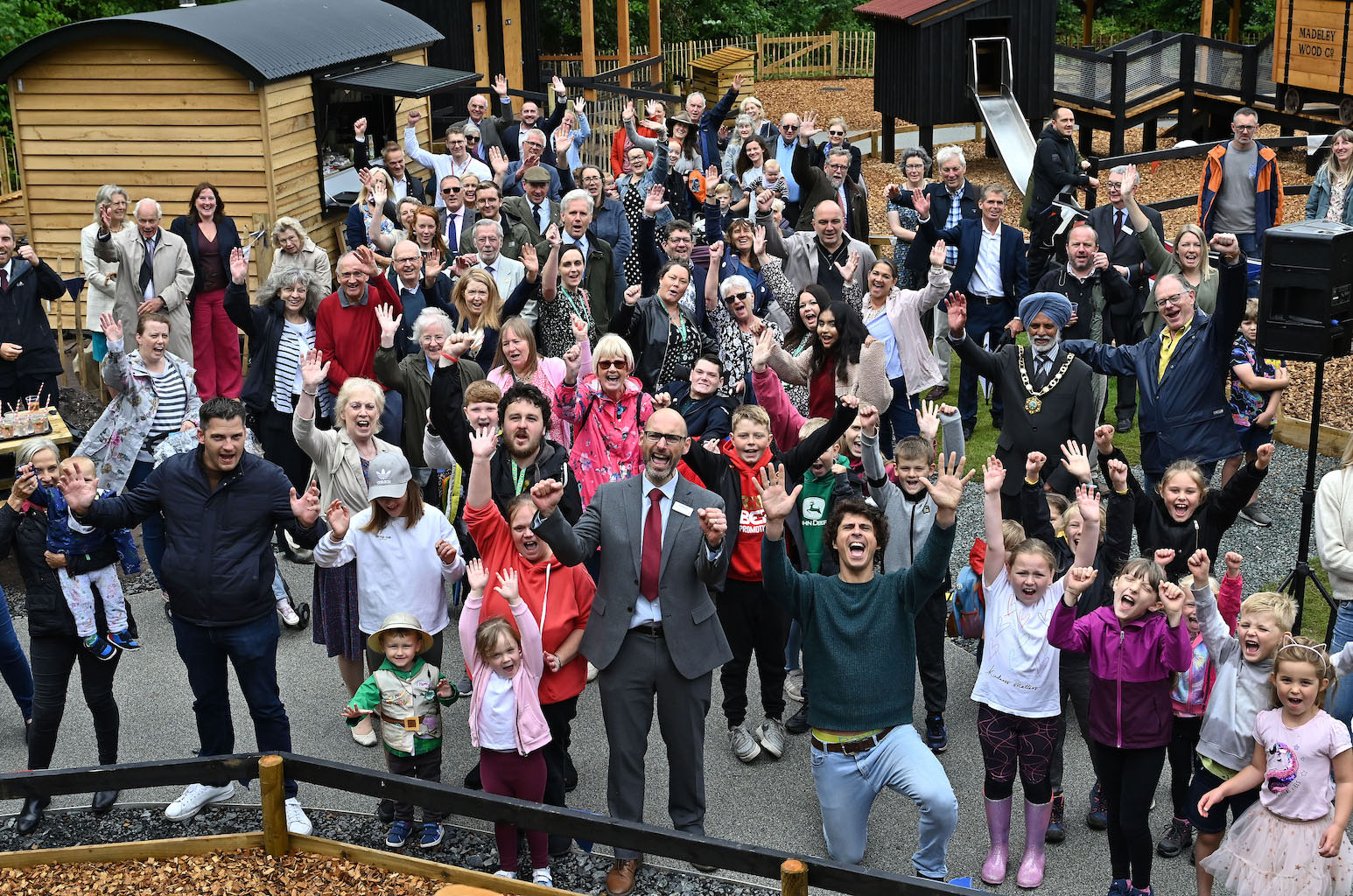 When we look back at the year of 2021 it was, without doubt, one of the most challenging years any of us have ever faced. For families, the awful loss and isolation that many faced was partnered at the start of the year by attraction industry businesses facing a deeply uncertain future.

The spring saw a distinct brightening with families being allowed to get out and play together again and Covid seemingly in retreat for the summer. (Little did we know what it had planned for a dramatic reappearance later in the same year). We're proud to say that well over two million people played together on the adventure play equipment we have created at our attraction, school and business partners around the world. As highlights go, this is a particularly high one.

2021 was a hugely significant year for CAP.Co with some of our biggest and most adventurous play spaces finally opening to the general public or seeing their first full season.

At Easter, Tumblestone Hollow opened at Stonor Park in Oxfordshire. It's a beautiful play space, nestled in woodland at the foot of an ancient rolling valley. The story, written around the play by Amy Sparkes and illustrated by our old friend Steve Pearce, added a whole new layer of immersive adventure and the families arrived in force to give it a bumper year, ahead of all our forecasted numbers. 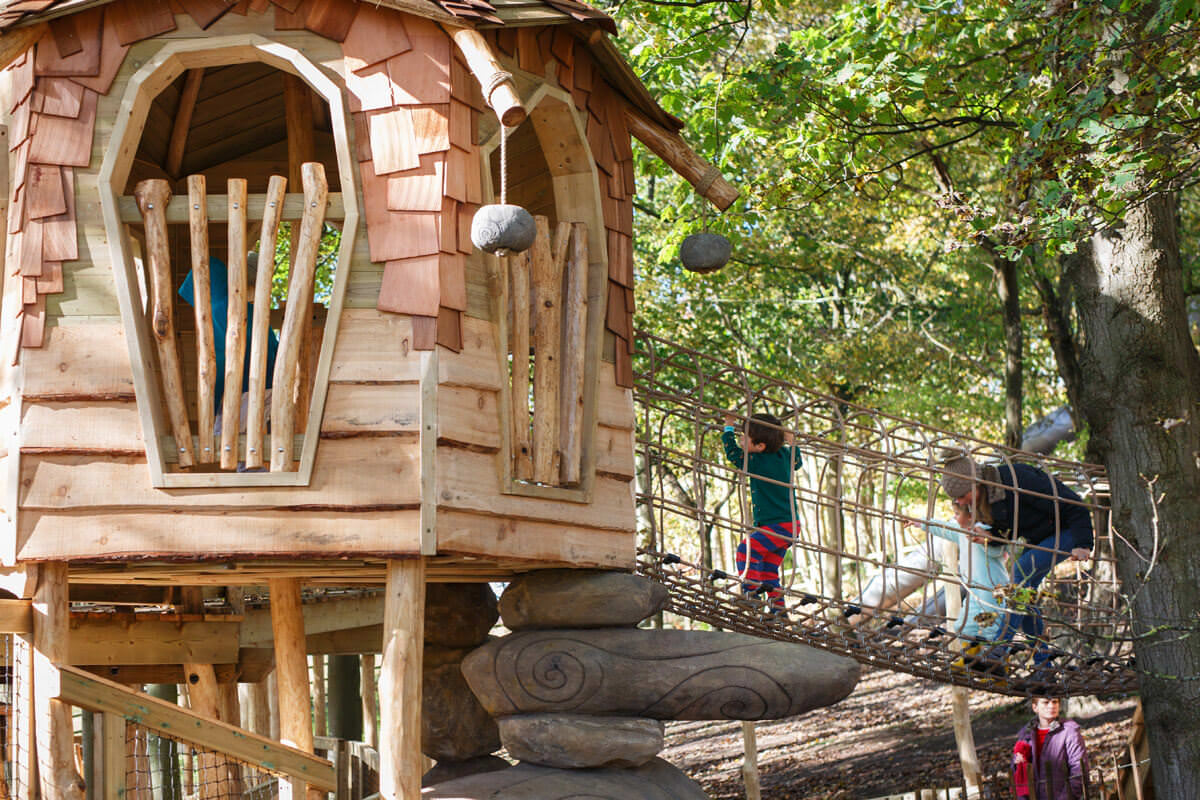 The play at Audley End Miniature Railway, that had been due to open for the previous Christmas, saw its delayed opening arrive and deliver a spectacular year of family play. 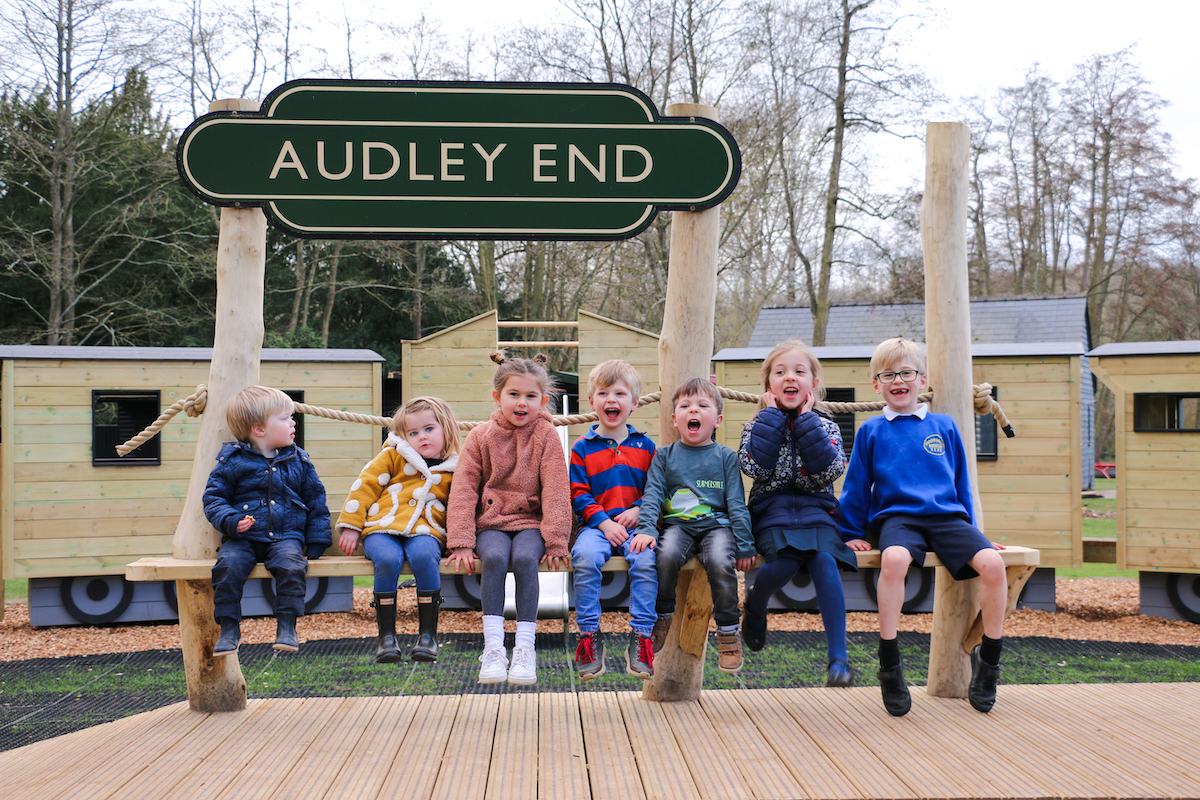 Sandringham, and its incredibly detailed water tower, within the new play area opened, and for us, demonstrated a whole new level of intricate finishing to match the glorious victorian ironwork of the original it echoes. The launch of this brought much excitement in the national press and a flock of inquisitive visitors.

Ready for the summer season, Blists Hill at the Ironbridge Gorge Museum, opened its doors after an official opening ceremony. This was one of our most challenging projects to date, to create something befitting the authenticity of the brilliant Victorian Town experience. The detailing again stands out with the finishing on the play structures that weave through the historical and topographically challenging old mining area. Black sand, chosen specially to match the site's coal mining heritage, has been much talked about. Echoing other buildings on-site the sleek black finish to the timber structures has given it an established and bedded in feel and a sense of place that would have been hard for the designers to visualise when they first visited the heavily overgrown and wooded site.

Built on-site in the last quarter of 2021, the recently completed adventure play at Dumfries House in Scotland, home to The Prince’s Foundation, opens its doors this month. As an extension to existing play, it adds layer upon layer of new play and adventure. Weaving its way around and through the most extraordinary sequoia trees, it is rooted in its location and could only ever have been created here. Whilst it's not a piece for the portfolio due to contractual restrictions, it's one we are immensely happy with as a finished project.

Our first major treehouse accommodation units opened at the wonderful Whitlingham Broad Campsite in time for the first successful summer season and look achingly beautiful, bedded into a hill alongside the Norfolk Broads. There are many more treehouse builds in the pipeline and we're excited to share these with you as the projects develop. 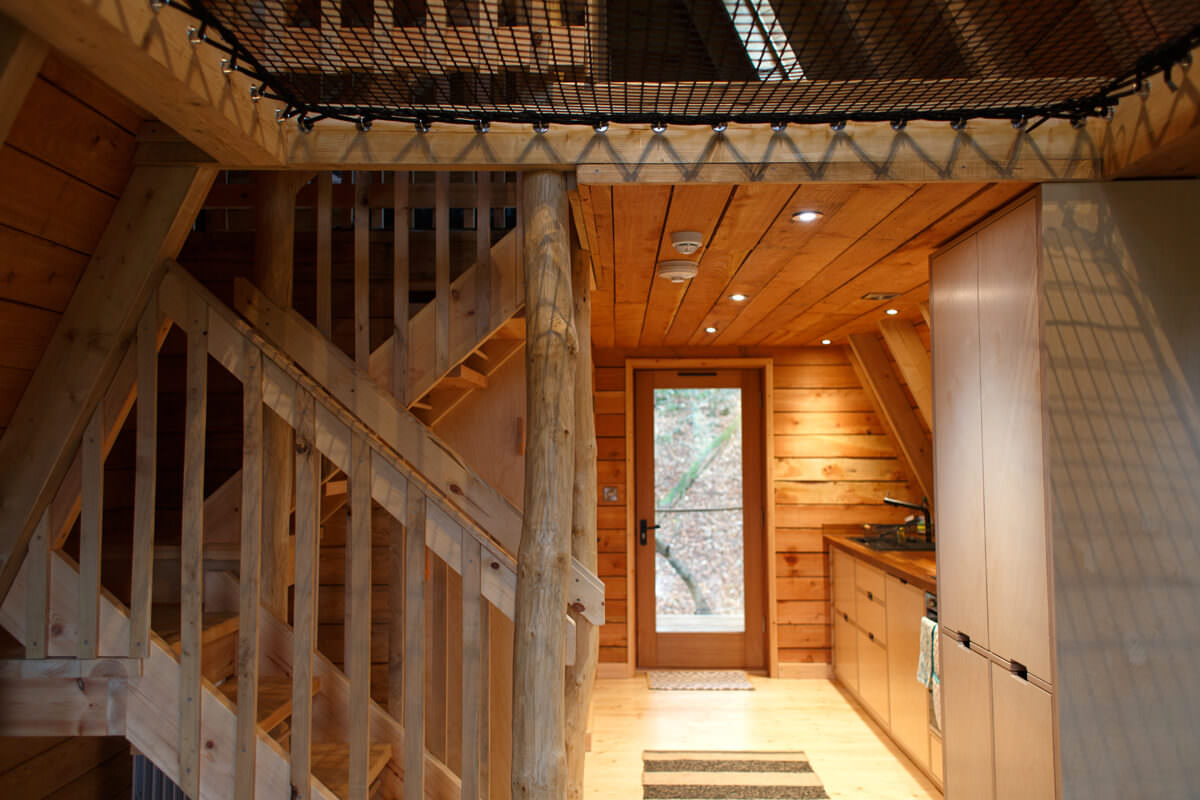 Our work at Nansleden in Cornwall also saw its official Royal opening, bringing a range of adventure play options to the families who have chosen to build their futures in the stunningly designed town of Nansleden, developed as an extension to Newquay. With a theme broadly inspired by the Cornish language description of ways of playing, there are several more phases of play to be developed through the town. 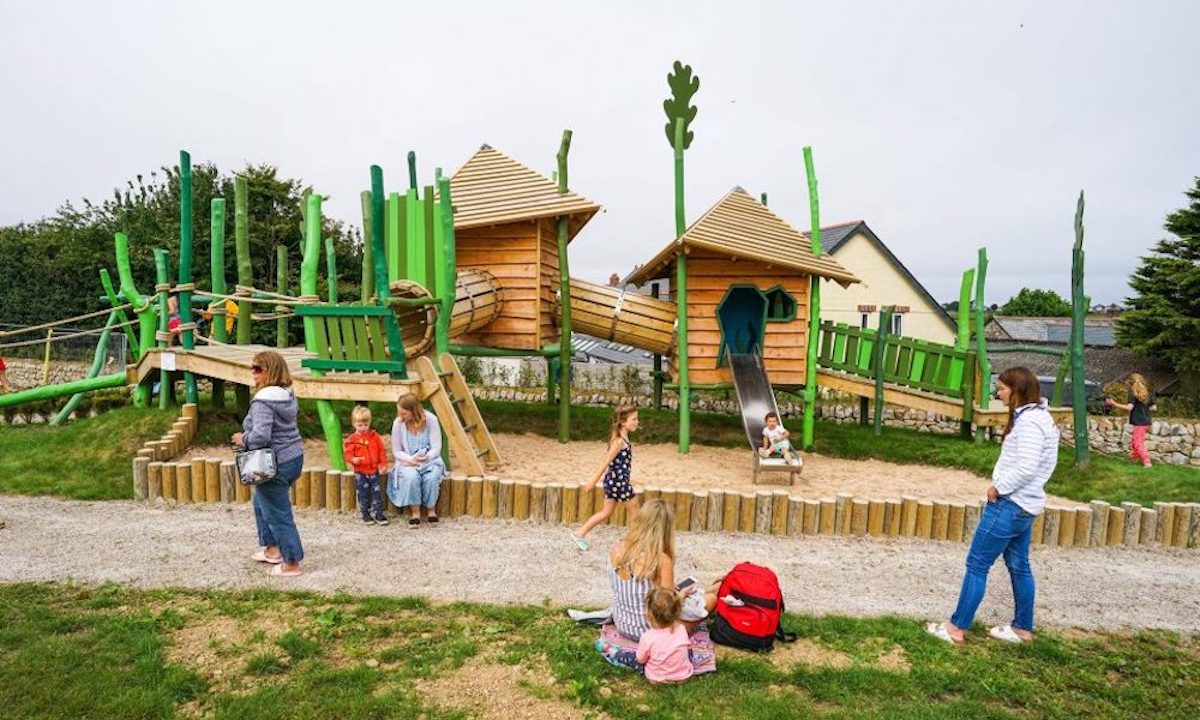 Towards the end of the year, we broke ground at the incredible Raby Castle in Northumberland witness to ultimately unsuccessful 16th-century rebellion which has gone down in history as the Rising of the North, which has given the project plenty of narrative inspiration. We have plenty of images to share with you soon. Set in a magical Norwegian Christmas tree plantation sitting above the castle and grounds the site has some amazing topographical challenges that will result in an incredible adventure play destination and all year-round experience. 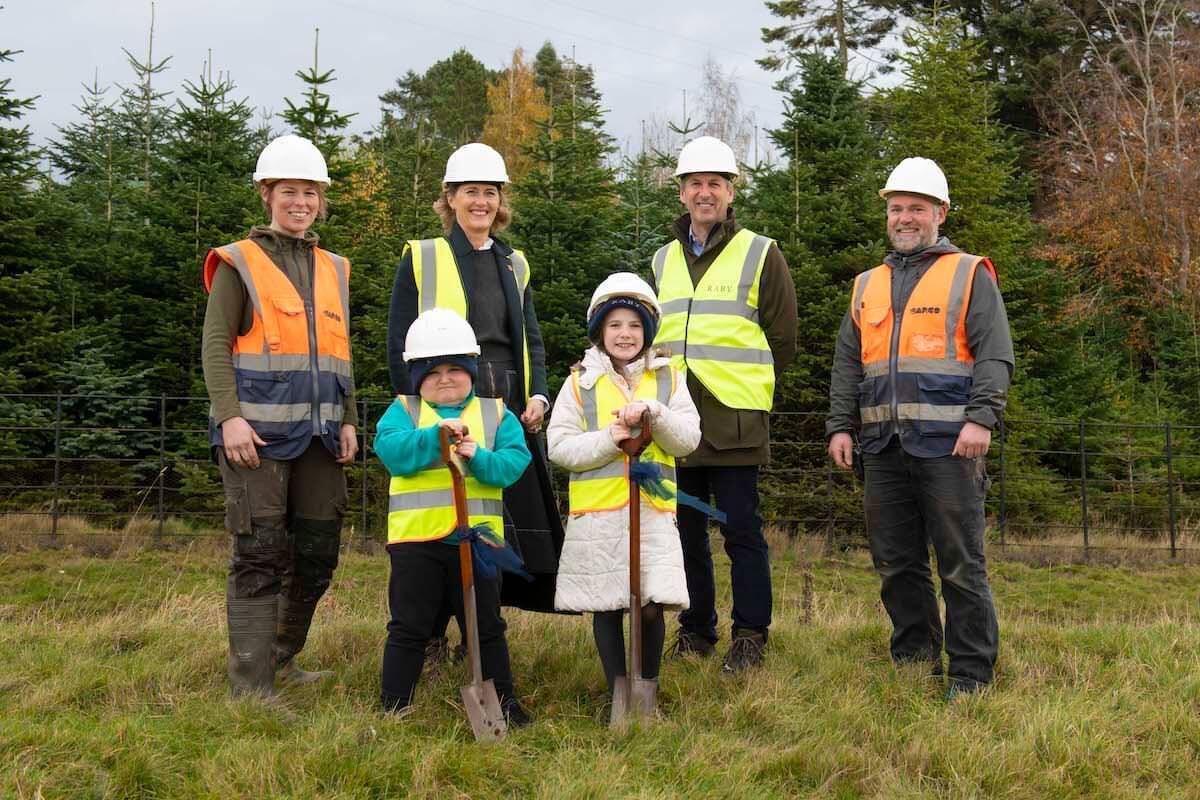 But for 2022, we have our most adventurous design and build to date.

We've already broken ground and the teams will be back on-site to deliver an adventure play attraction deep in the heart of Windsor Great Park. Multiple level interlinked decks, platforms, slides, and treehouses constructed predominantly from oak, timber and thatched roofs sourced from the Windsor Estate, it has some of the finest detailing we've ever designed into a project. We're hugely excited to be able to share this with you soon.

So, from all of us, however your 2021 has been, we wish you a 2022 that's filled with joy, togetherness and endless adventure.

All the best
The CAP.Co team