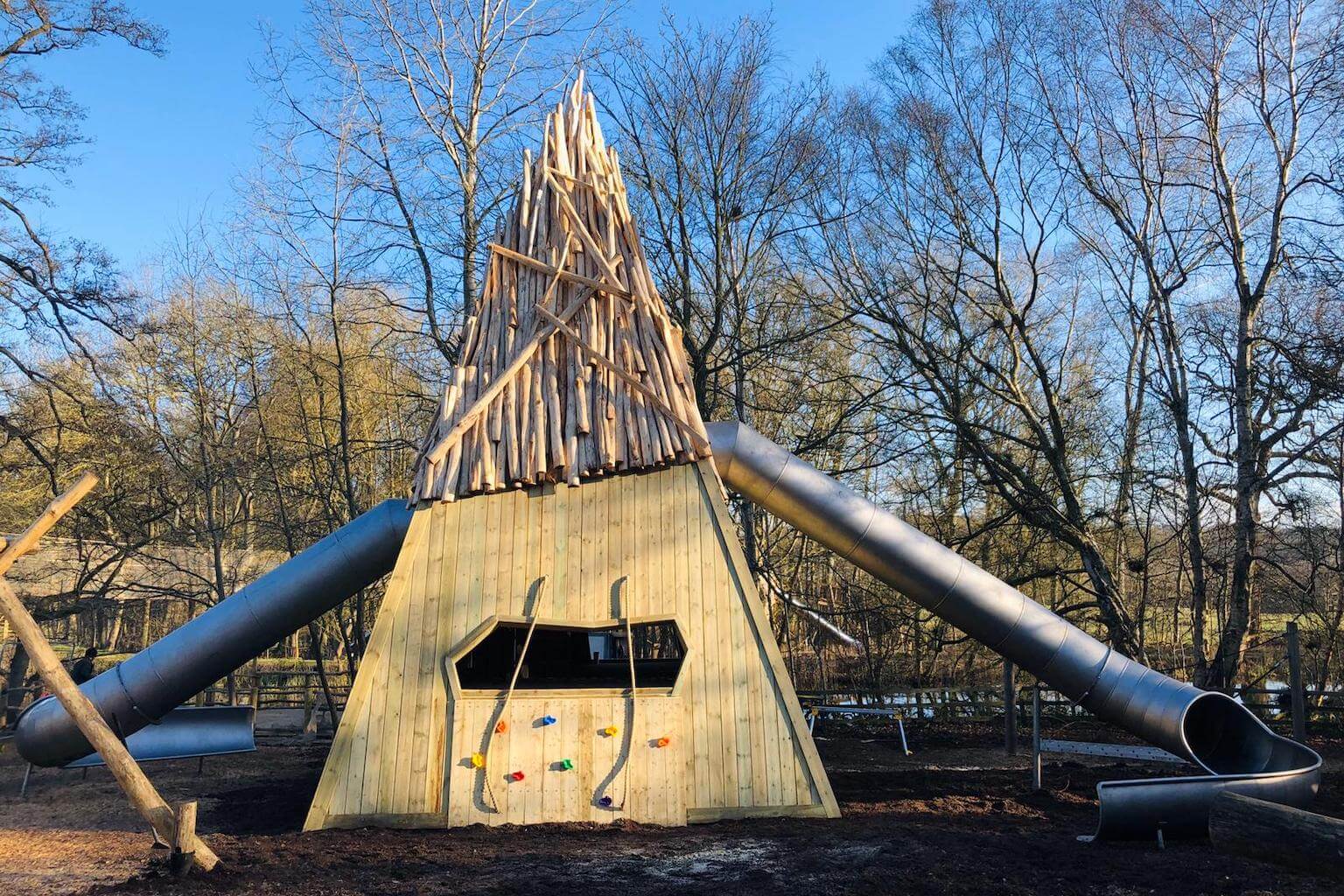 Whilst most of the world has gone into a forced lockdown, now seems like a good time to show you some of the work we have been doing that hasn't seen the light of day on our blog yet. Hopefully, it'll whet the appetite for when we are all allowed to get back out playing again - whenever that may be.

However, the desire was still to keep the structure relatively similar to what had gone before in terms of footprint and dimensions. It was already visually striking and had always proved popular with kids. But as is the CAP.Co way, we wanted to take the opportunity to improve the play value within the tower as much as possible.

One of the most recognisable landmarks within the Castle Howard Estate is the recently restored Hawksmoor Pyramid. It was designed in 1728 by Nicholas Hawksmoor, who also designed Castle Howard’s Mausoleum, and lies to the east of the impressive Gatehouse. 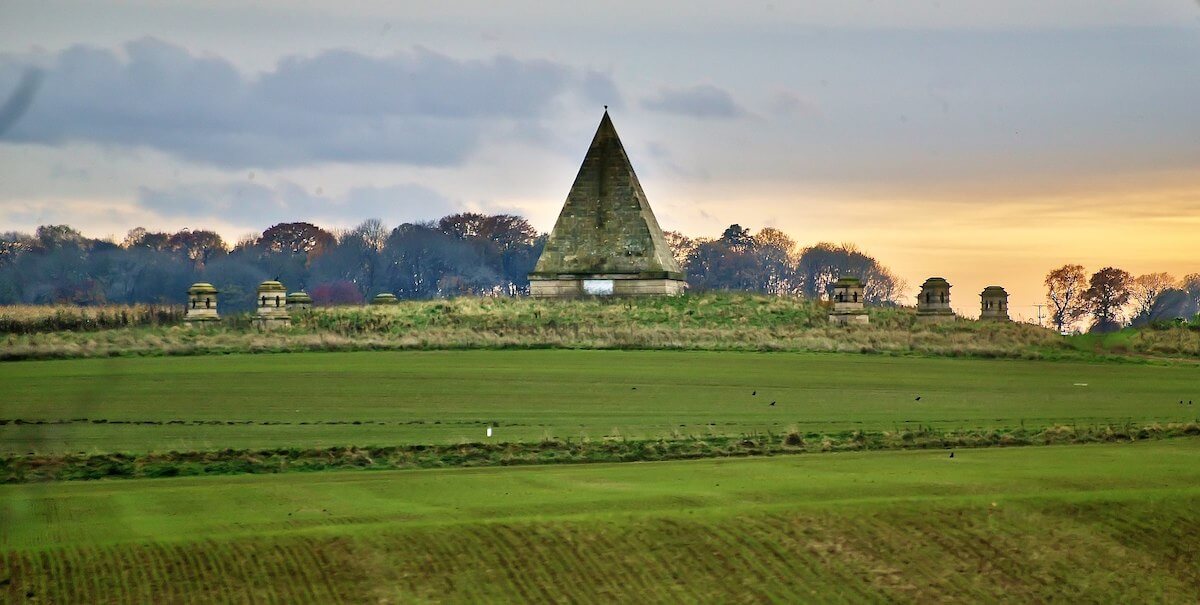 The new pyramid play tower is now proportionally more similar to the famous landmark that it draws its inspiration from, and reuses the existing slide as they were brilliant anyway.

The exterior cladding is vertical flatboard until nearly halfway up - in the interests of safety - where it changes to the same overlapped chestnut style used to construct the nests across the water on Skelf Island.

In terms of play value within the structure itself, there are three internal platforms, set at heights of 1.8m, 3m and 4m. We've added an internal climbing wall and a bungee maze on the lower level. Externally, there are climbing handholds on one side with a rope pull up on the other side and a vertical ladder between the upper levels. 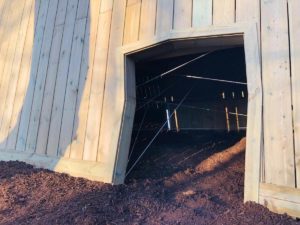 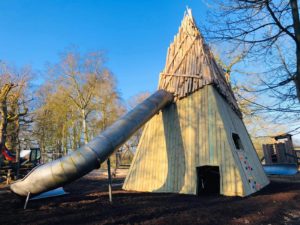 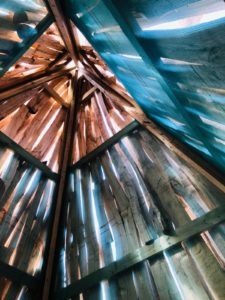 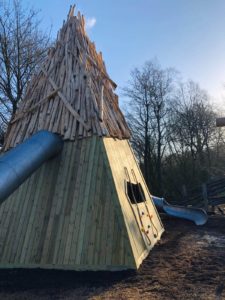 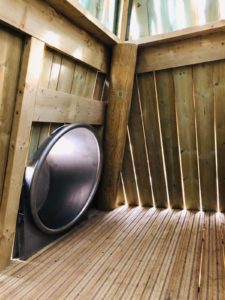 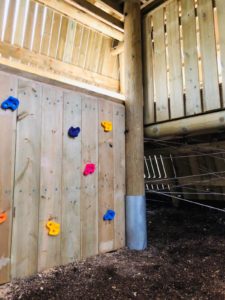 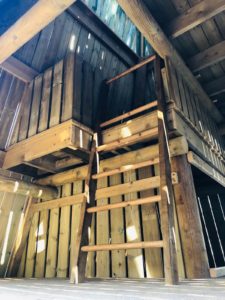 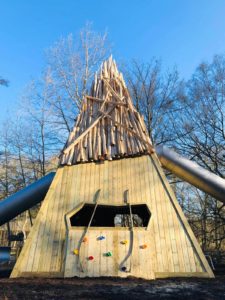 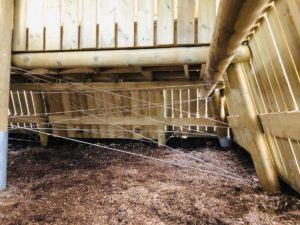 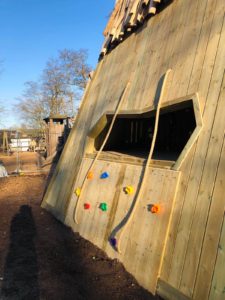 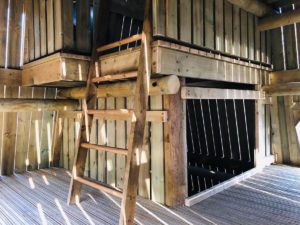 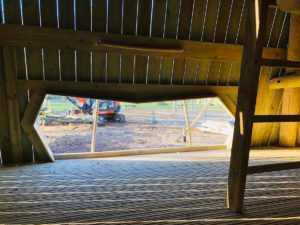 We're very much looking forward to the reopening and welcoming families to come and explore the new pyramid tower play. In the meantime, stay safe and have fun at home, maybe planning when you can come and visit the wonderful Castle Howard.