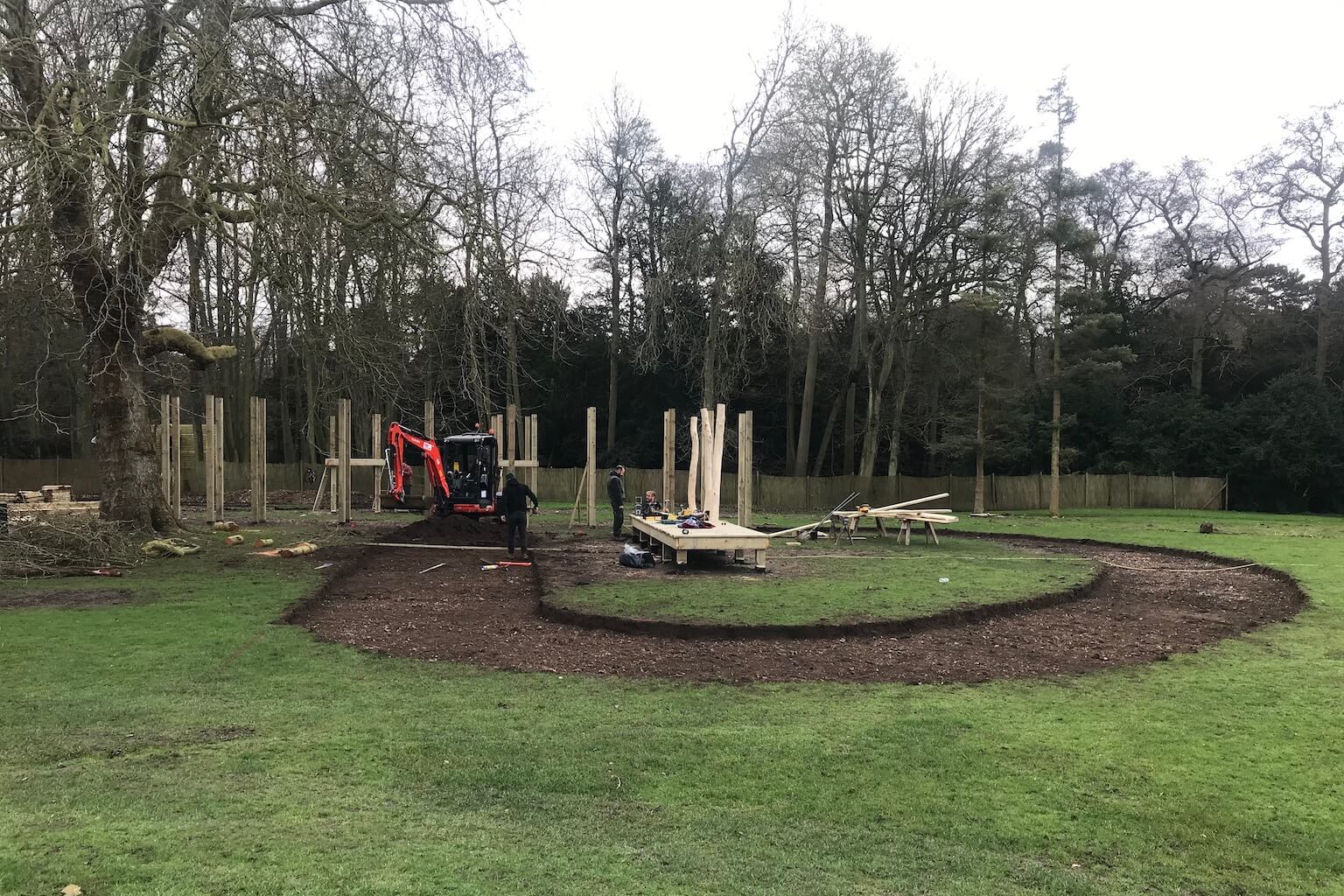 In a recent blog post we showed you some early drawings for the new railway themed adventure play at Audley End Miniature Railway in Essex. The build is now well underway with a planned opening to the public for Mothers Day weekend, 21st March 2020. There are a few tickets available for that opening weekend from their site here.

The build itself is a mix of bespoke elements that were created in our Norfolk Workshop and site work by the team, using around 1.5 miles of timber. Much of this timber is from our own stock of carefully seasoned Chestnut that has been harvested close to our Norfolk head office. We're aiming to keep our 'timber miles' to an absolute minimum on this build.

The design for the train itself follows the most famous of Audley End's miniature steam engines, Bruce. Named after Lord Braybrooke's favourite dog! The train, the station play and the linking ground play elements sit above a three-metre wide track. This follows a figure of eight design and has been carefully cut into the ground. 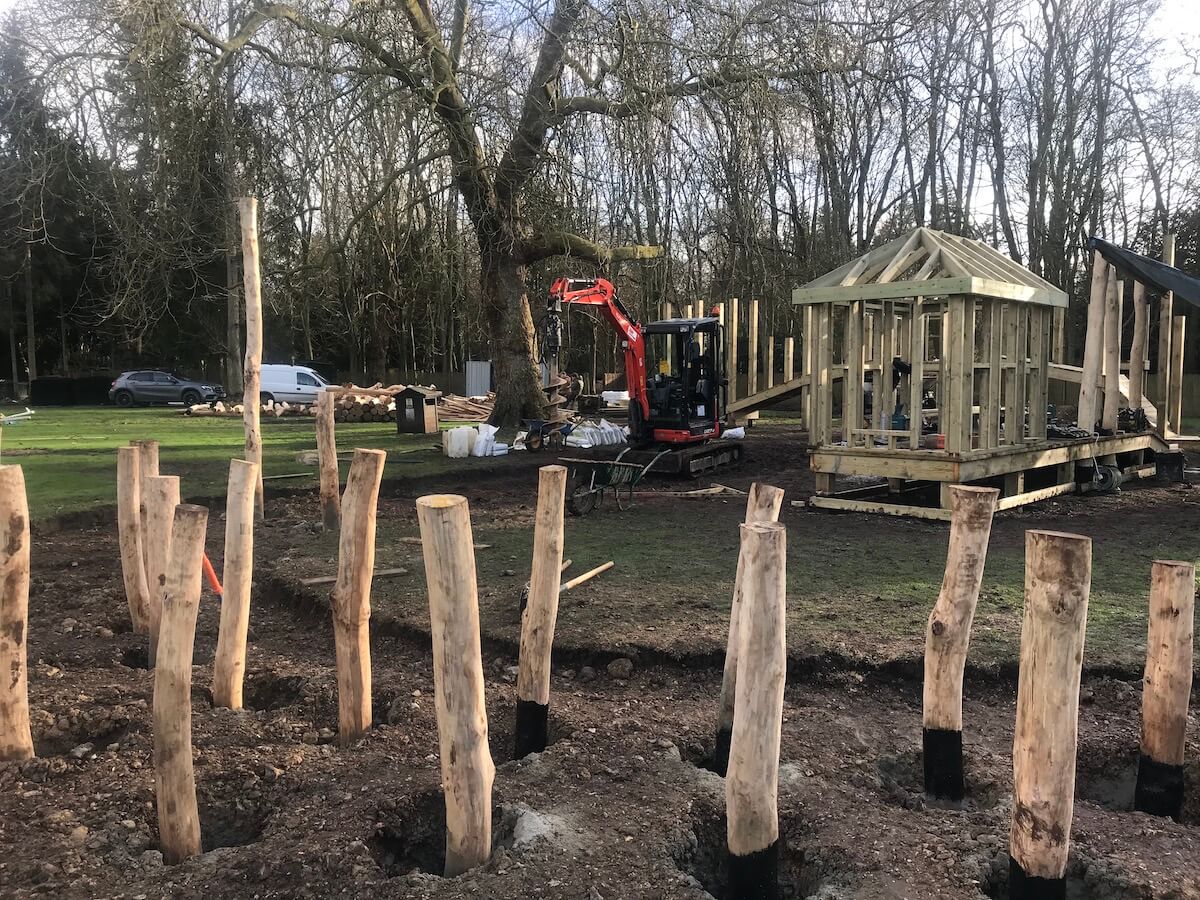 The track itself will be bark filled to ensure safety on-site and inside of the figure of eight will be fully laid and cut in black-grass mats. These ensure safety and allow the grass to remain healthy and grow through the matting. 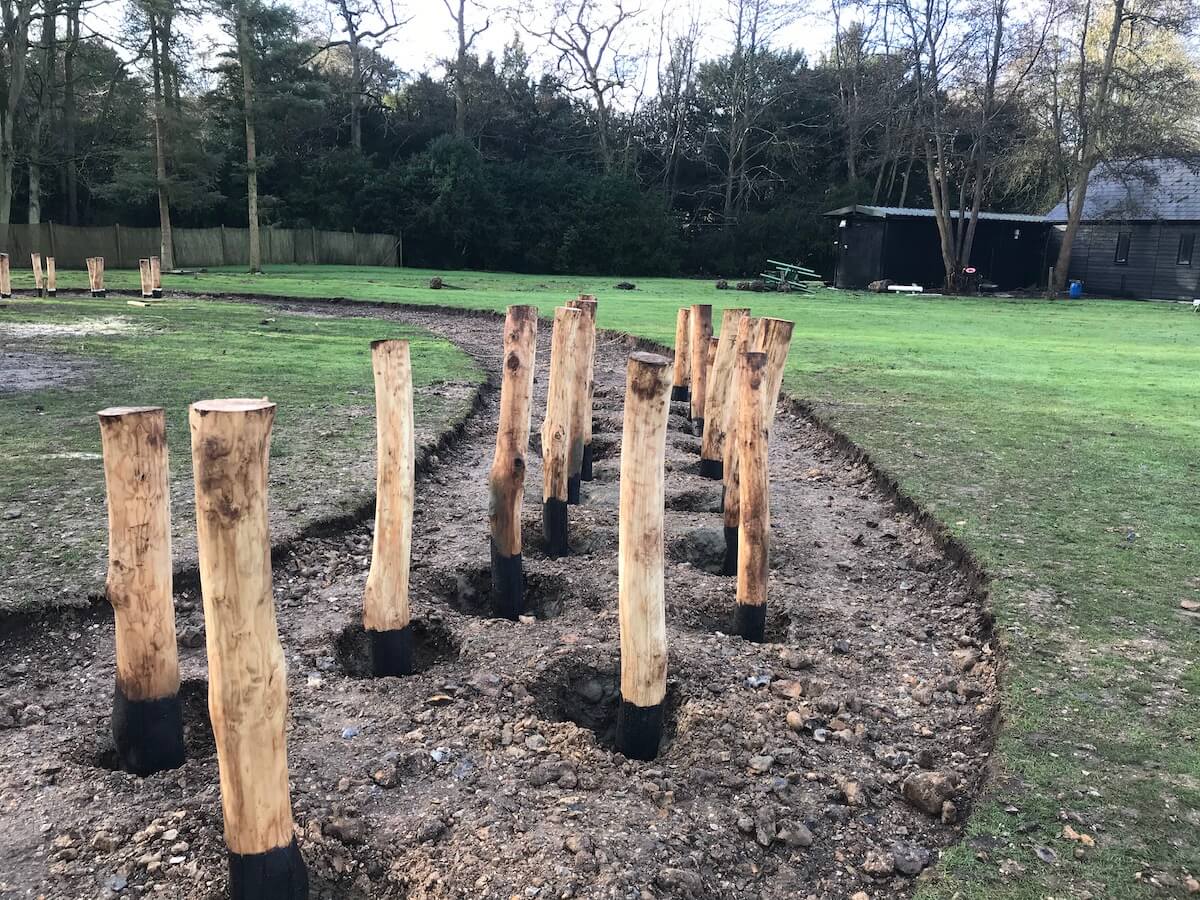 The location for the play has been sensitively chosen to ensure minimal risk to surrounding trees. It's been tucked behind the large Plane tree on the green so as to not affect the health of the tree roots that surround the site. 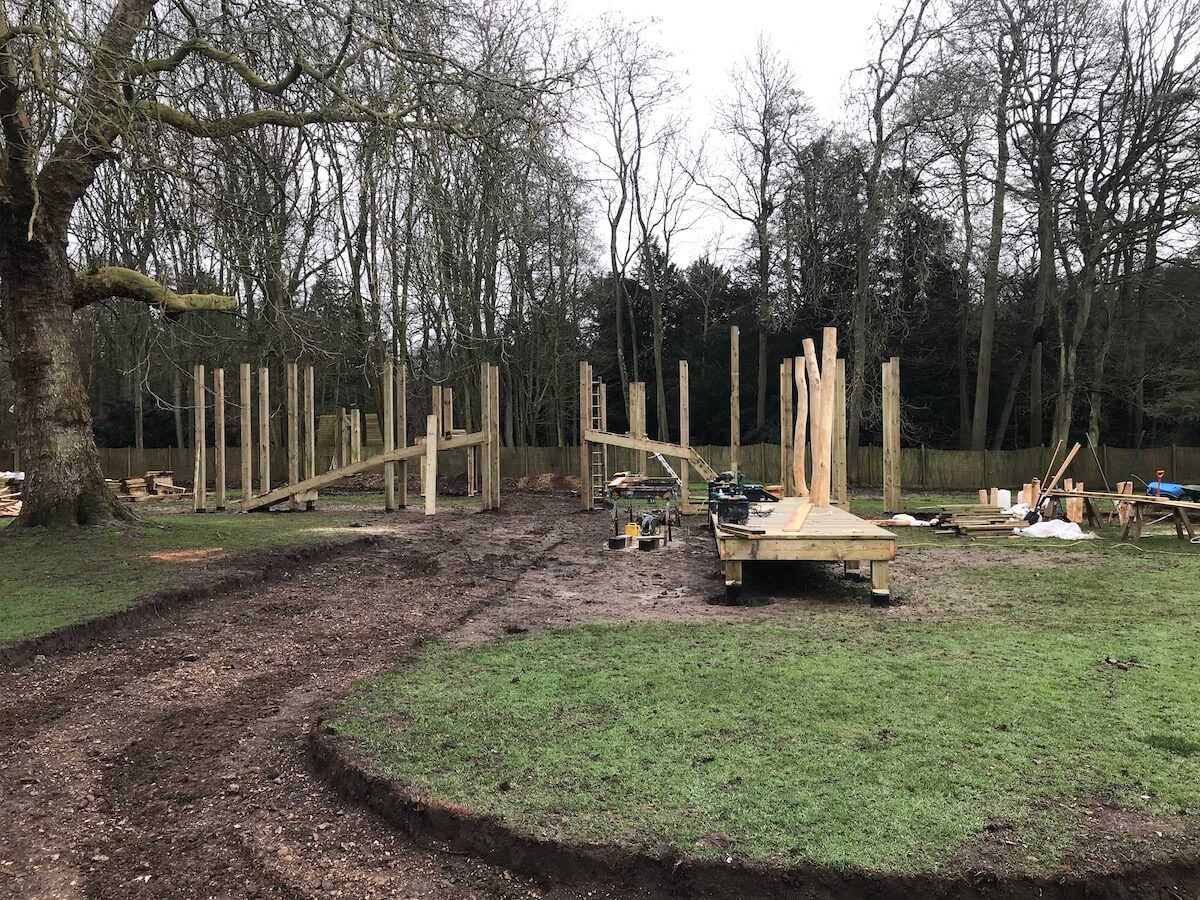 The feedback for our team has been superb and is shown in a lovely quote from our client Amanda Murray.

"There is nothing but praise for your team on site. The project is going up so quickly and efficiently. Everyone is excited and it is so much more in real life than we had envisaged on paper. I just had to let you know that your men have been a credit to you and energised my site team!"