The Tiny House Project – Part One 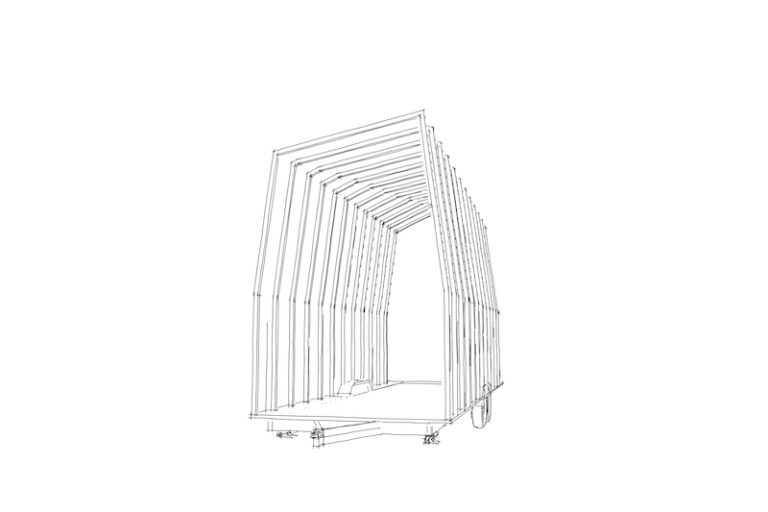 The team who design, build and create adventurous places for others also live their own adventures too. On the whole we're quite an adventurous bunch, so over the next few weeks and months, we're going to be featuring some of the team's adventures.

First up is Freddie Egan, our Play Space Cadet. He's building a tiny house from the ground up (or rather the trailer up!) and I interviewed him about his project.

So, tell me a little about the project.

"We're building a tiny house on a towable trailer with the intention of taking it to Sweden, where my partner and I have lived for a few years, and making it our home.

It's an idea that's been bubbling away for several years. Having spent a decade renting flats we decided it was time to look at alternative ways of owning a place of our own. We've always said we'd like to go through life without ever having a mortgage so this is a pretty good start."

Tell me about the overall size. Is there an official spec for a tiny house and is it designed to meet a specific regulation?

"It's 6.5m x 2.4m with a maximum height of 4m. We're building to be well within the maximum size (7mx2.5mx4m) for a towable trailer without requiring an HGV license. The limiting factor is actually the weight which is to a max of 3500kg. Not a simple task for a timber frame building, when the trailer itself weighs 600kg.

There was probably more planning on this part of the design and build than any other element. It was all in the design and preparation, working out if it was doable within the weight limitations. With spreadsheet after spreadsheet, we had a pretty accurate idea of what it would weigh before we started, but have also been weighing every single component as we put it up." 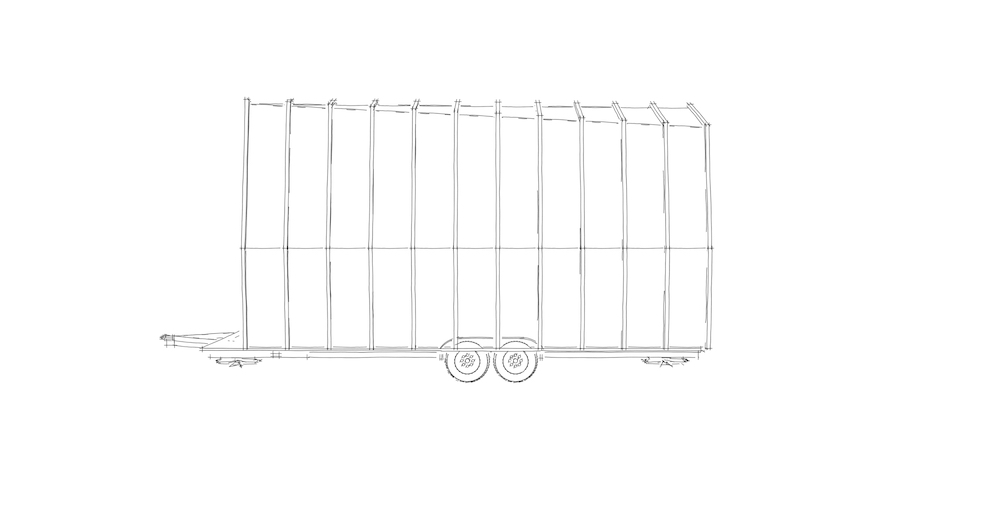 What will you need to tow it?

"It's within the standard towing regulations, and most large 4x4s are designed to tow up to this limit. We're probably going to choose a Discovery or a Defender as it will be better in the snow too."

Is the plan to live in it or just travel and tour in it?

We'd like to set it up on a near permanent basis once we find the right location. It was never intended to be a mobile tourer. The fact that it's on wheels is just a bonus that allows us to move it to a location we like. It's going to function like a proper house with all the mod cons and home comforts."

What materials have you used in the build and where did you source them?

"Weight has been a big factor in terms of choice of materials, it was all about the balance of practicality and quality. We found a great supplier in Yorkshire, who supply a lightweight poplar plywood which is about two thirds the weight of a standard sheet. We are using that to finish the whole of the inside and build the cabinets and a lot of the furniture.

The outside is being clad with a lightweight, hardwearing timber. It's called Thermowood and is a softwood that has been specially heat treated to reduce the moisture content and is a product that CAP.Co are beginning to use more and more.

What sort of maintenance will it require and have you planned this from the outset?

"We've designed the house to be quite efficient and it should need minimal maintenance. For instance, our choice of cladding was considered with this in mind; instead of going for shingles which may not travel well, we went for a lightweight agricultural corrugate on the roof - tough and flexible, but easy to replace - and the Thermowood I mentioned, as it's resistant to damp and spores, and is really lightweight.

We tried to plan and design with a perspective on sustainability, while still being realistic about how we want to live in our tiny house. This included being aware of the amount of water and energy we'll consume, and the waste systems we need. For example, we've got a composting loo which separates waste and creates compost - all you need to do is add a little bit of natural fibre! So the whole system is totally waterless, odourless and hygienic. It only needs emptying every couple of months. It's the way forward.

There's a 150l water tank on board which will need refilling every 7-10 days or so and that supplies all the sinks and shower.

In terms of energy, it's going be totally off grid. The kitchen is fitted with gas powered cooking facilities and water heater and even a gas powered fridge. It has low voltage lighting throughout. The sockets and anything else that requires electric power is powered by 3 x 1.5x1m solar panels on the roof which then supply energy to a large battery, so we can store energy for when we need it."

What inspired you to do this project? Was it your time living in Sweden or something else you've seen on your travels?

"I've thought about this a lot, but I honestly can't remember the first thing I saw. There wasn't a lightbulb moment. I was inspired by the ‘Tiny House' movement in the US, where houses on trailers is a big thing. It's much easier out there though, as they have no weight restrictions on what you can tow - which makes things a lot simpler - but probably less of a technical challenge. "

What's been the biggest lesson from the project to date?

"Building a mini house isn't any easier than building a big house..!"

When do you plan to complete it?

"It should all be complete by the end of the summer so that we can drive it to Sweden before the winter sets in."

Have you got any plans for your first outings?

"We will do a couple of test runs around Norfolk. One of the first destinations will be to a weigh bridge to check the actual weight! Once we have all that sorted then it's all aboard on the way to Sweden!" 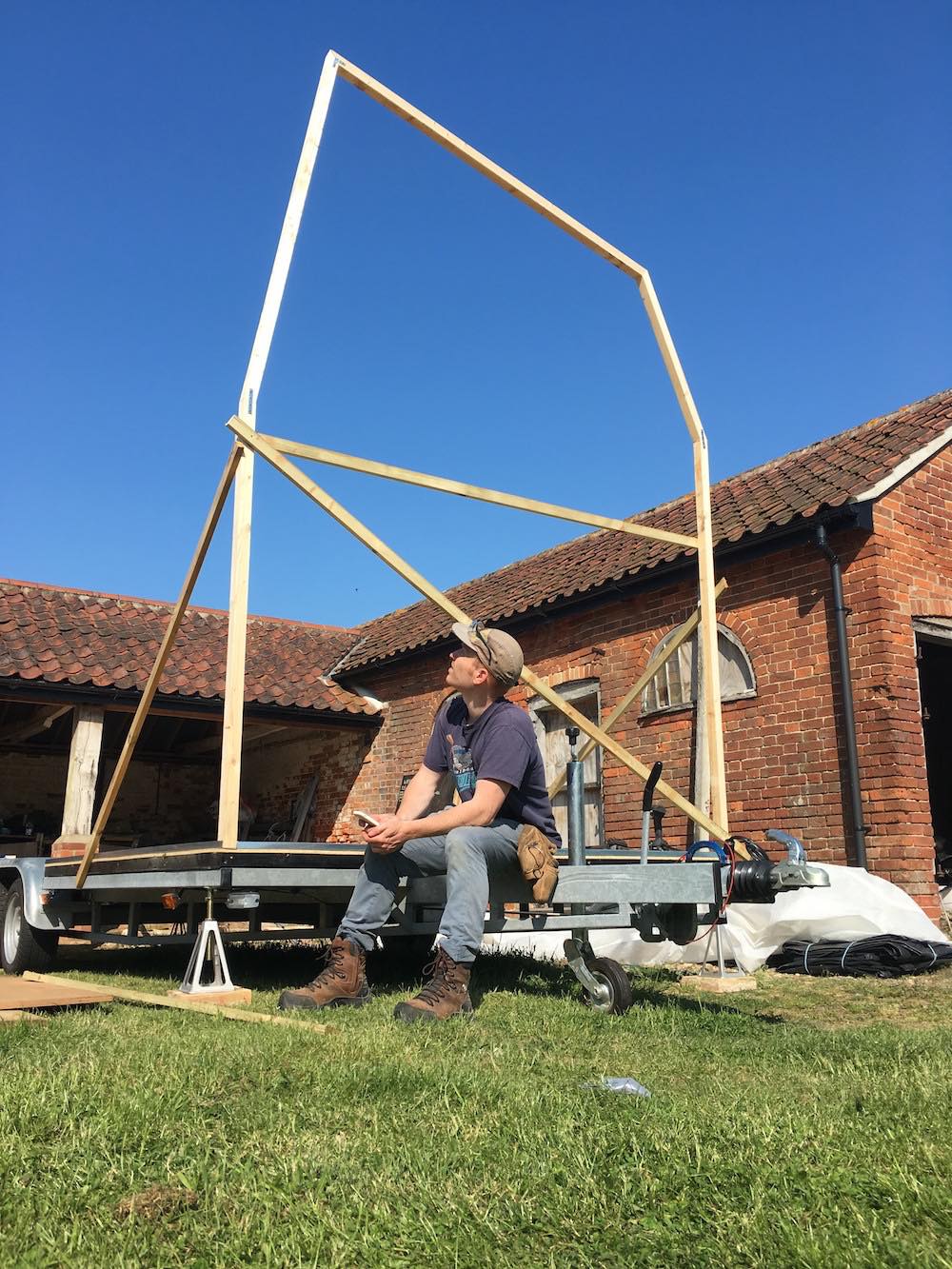