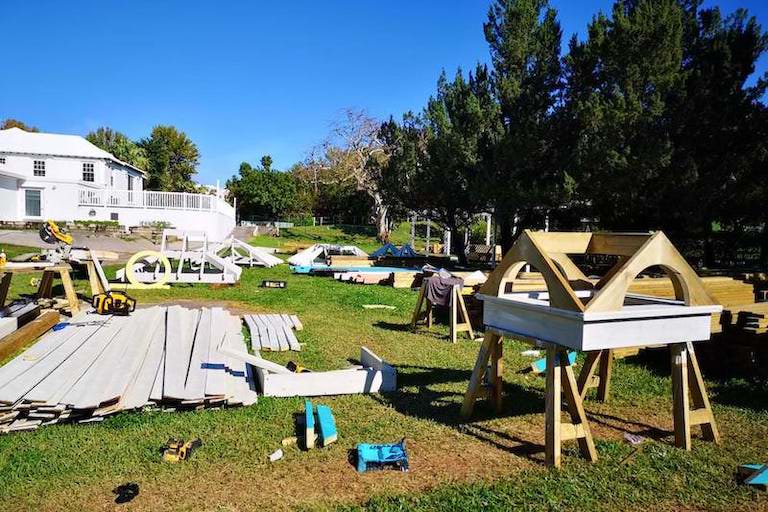 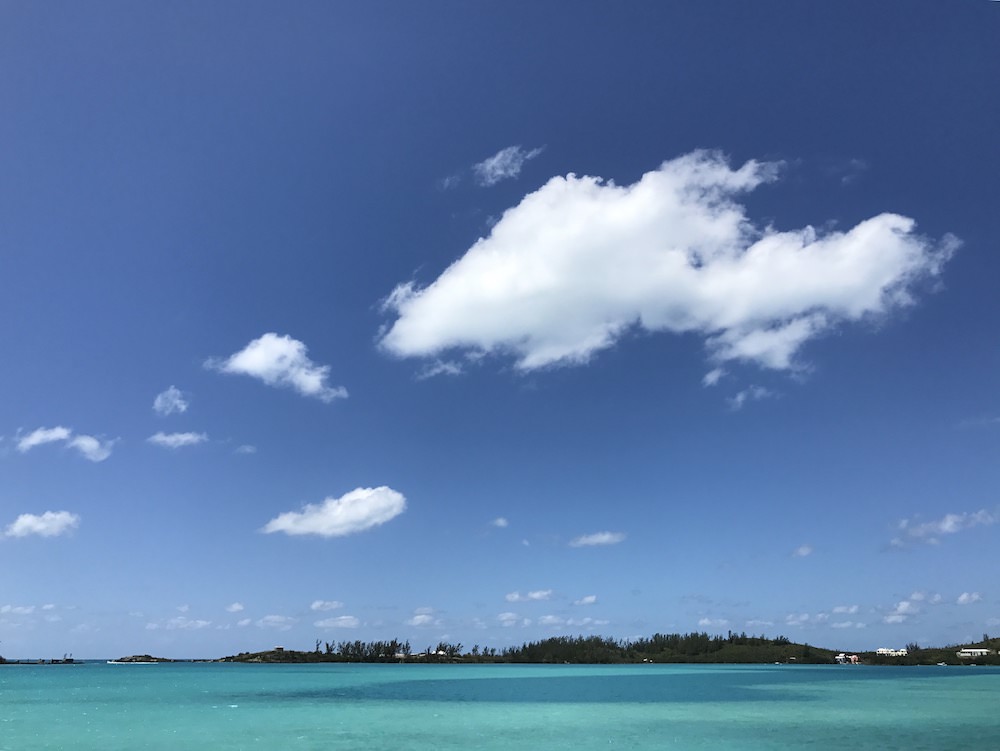 The CAP.Co build team have now arrived in Bermuda and are well under way with the build of the brand new Boundless Playground at WindReach. The first phase of this unique and entirely accessible adventure playground is a two month build, and as you might imagine, it wasn't too difficult to talk the build team into taking it on!

WindReach, in their own words, exists to enrich the quality of life for people with special needs.

They go on to explain further when they say "WindReach is a fully-accessible 4 acre facility in Warwick and features a multi-purpose Activity Centre, Petting Zoo, Therapeutic Riding Centre. WindReach is unique in Bermuda in offering a variety of therapeutic and educational experiences for people with varying physical and intellectual abilities. Today, we have on average 200 participants benefitting from our programmes on a weekly basis. Participants range in age from preschoolers through to our seniors community." 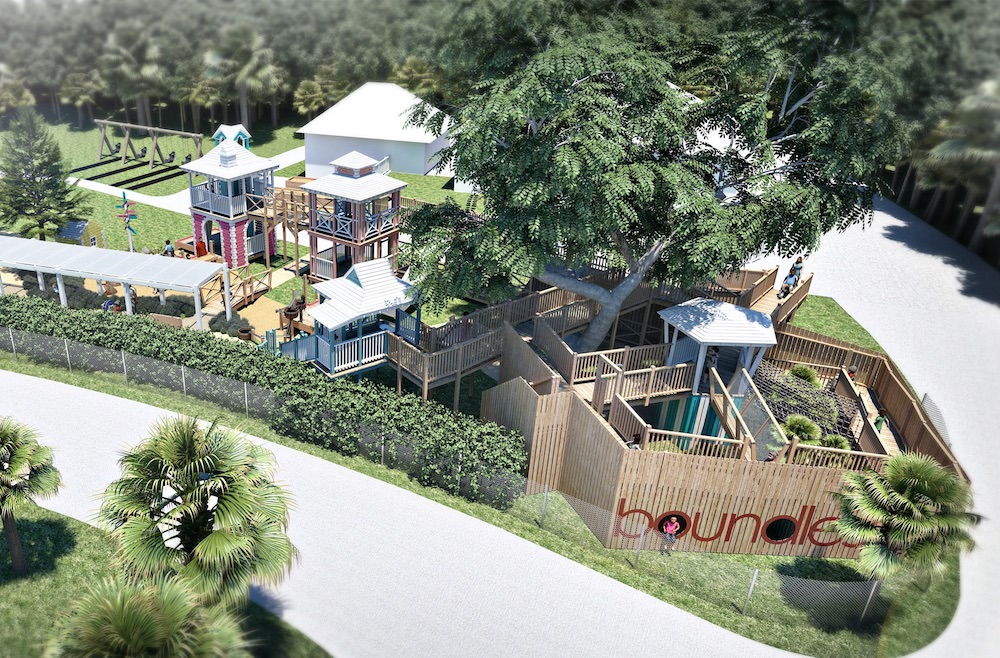 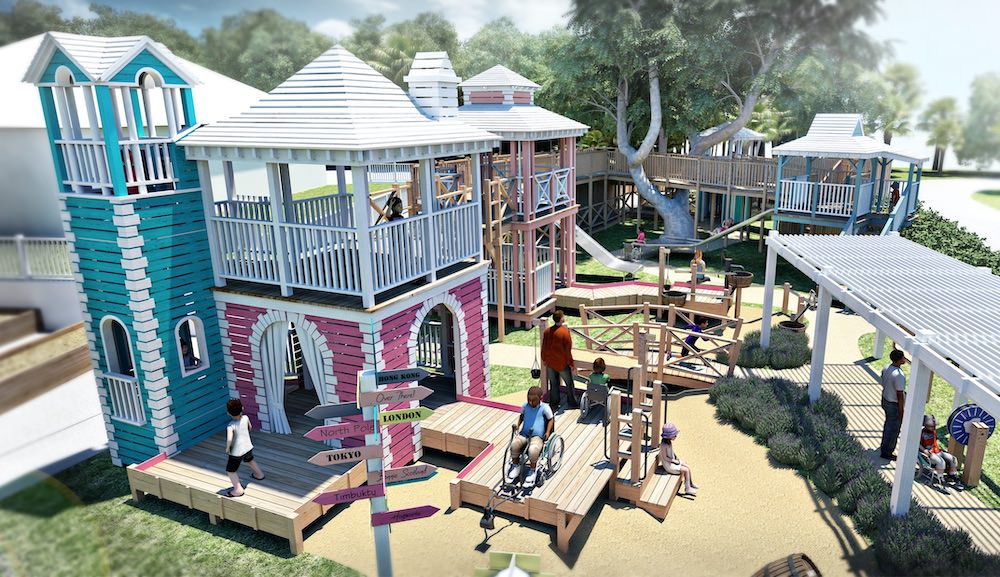 The design and build has been funded through fundraising by the local charity MAMA (Meet a Mum Association). They began a $400,000 fundraising drive only last year and reached their target by the end of 2018. The new playground replaces one which was well loved and well used, but a little tired. The new playground however, introduces a new level of accessibility to allow children of all abilities to play together. 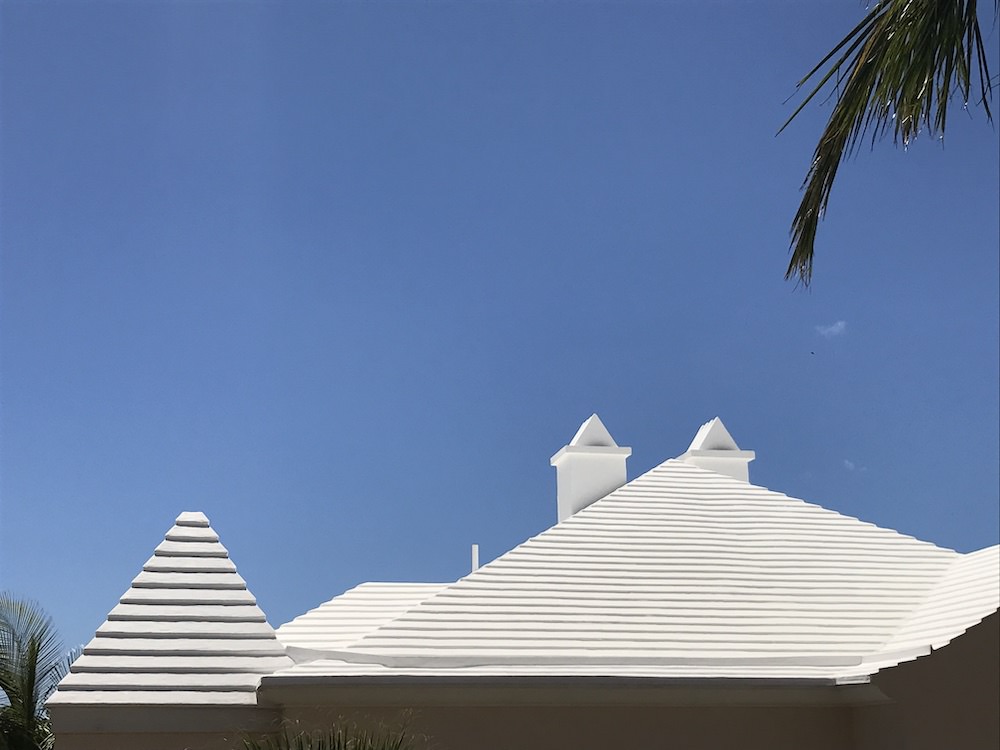 The design of the new play area takes many of its design cues from all over the island including distinctive local architecture, its bright colours, the well known Fort Hamilton and even the unique local signposts which we covered in a previous blog post here. 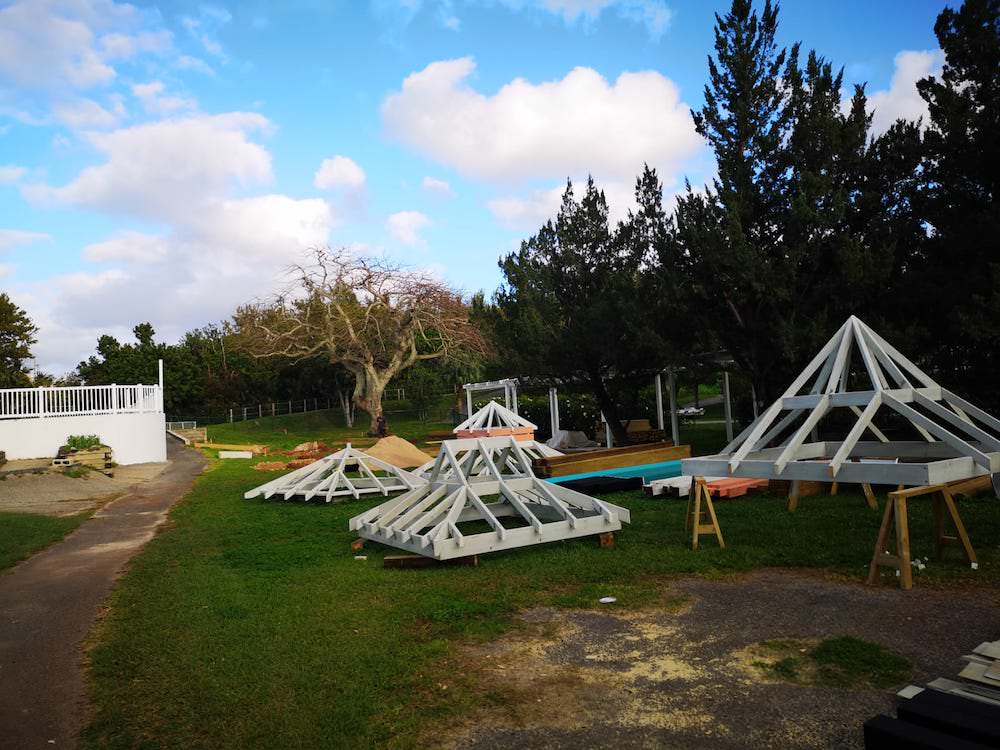 Bermuda is a small island (only around 20.5 sq miles in total) which sits in the middle of the North Atlantic Ocean, around 1,000 km east of North Carolina. It's a British Territory but has a feel more akin to the Caribbean. The island has a population of around 71,000, many of which work in insurance related industries. The subtropical climate also makes it a popular tourist destination, which is the island's second biggest industry. Bermuda is actually made up of over 150 limestone islands, with five of the larger ones making up the main landmass. 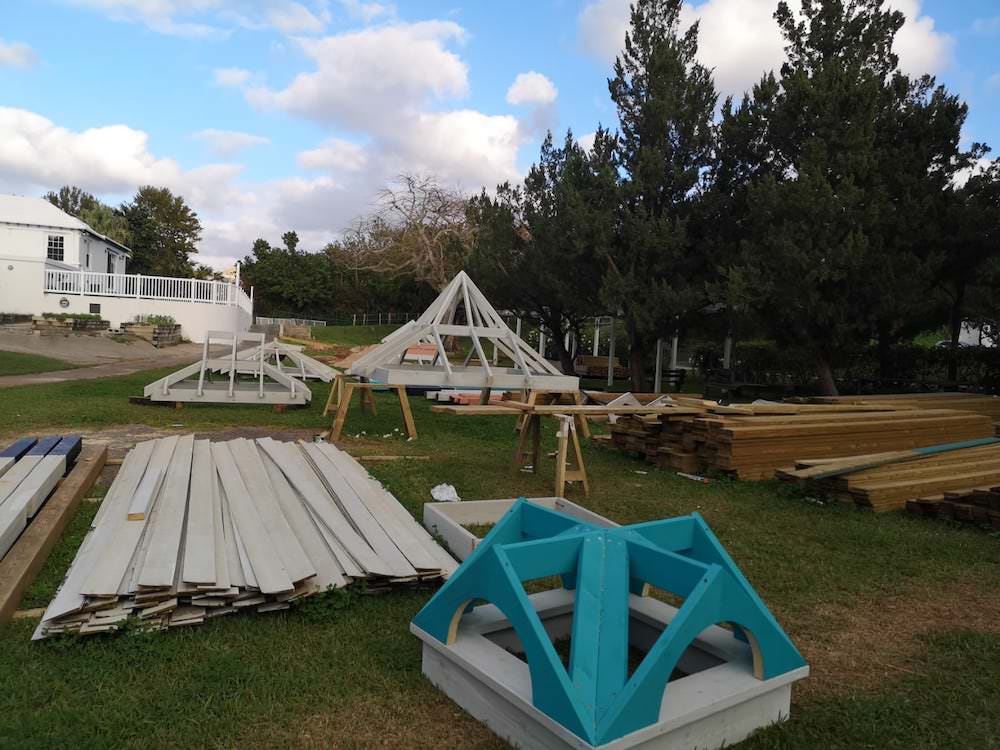 Again, taking local design cues, the roof lines of the adventure play structures have been designed to be open to the prevailing winds, so they can withstand some of the very hurricane force winds that blow through Bermuda every year. We'll show you more images as the build progresses (as well as more of those fabulous beaches), but in the meantime, here are some images of the build just starting out. 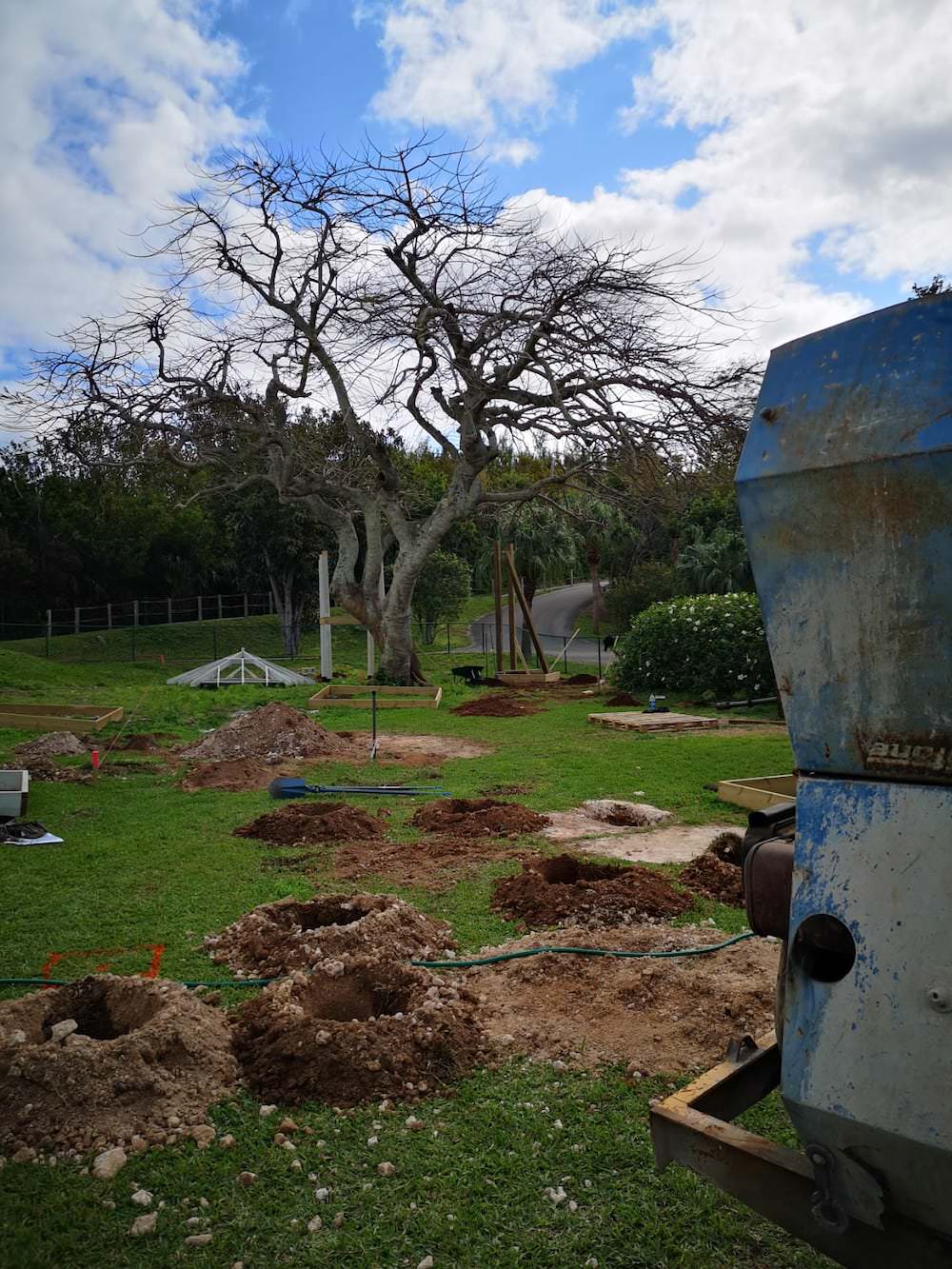 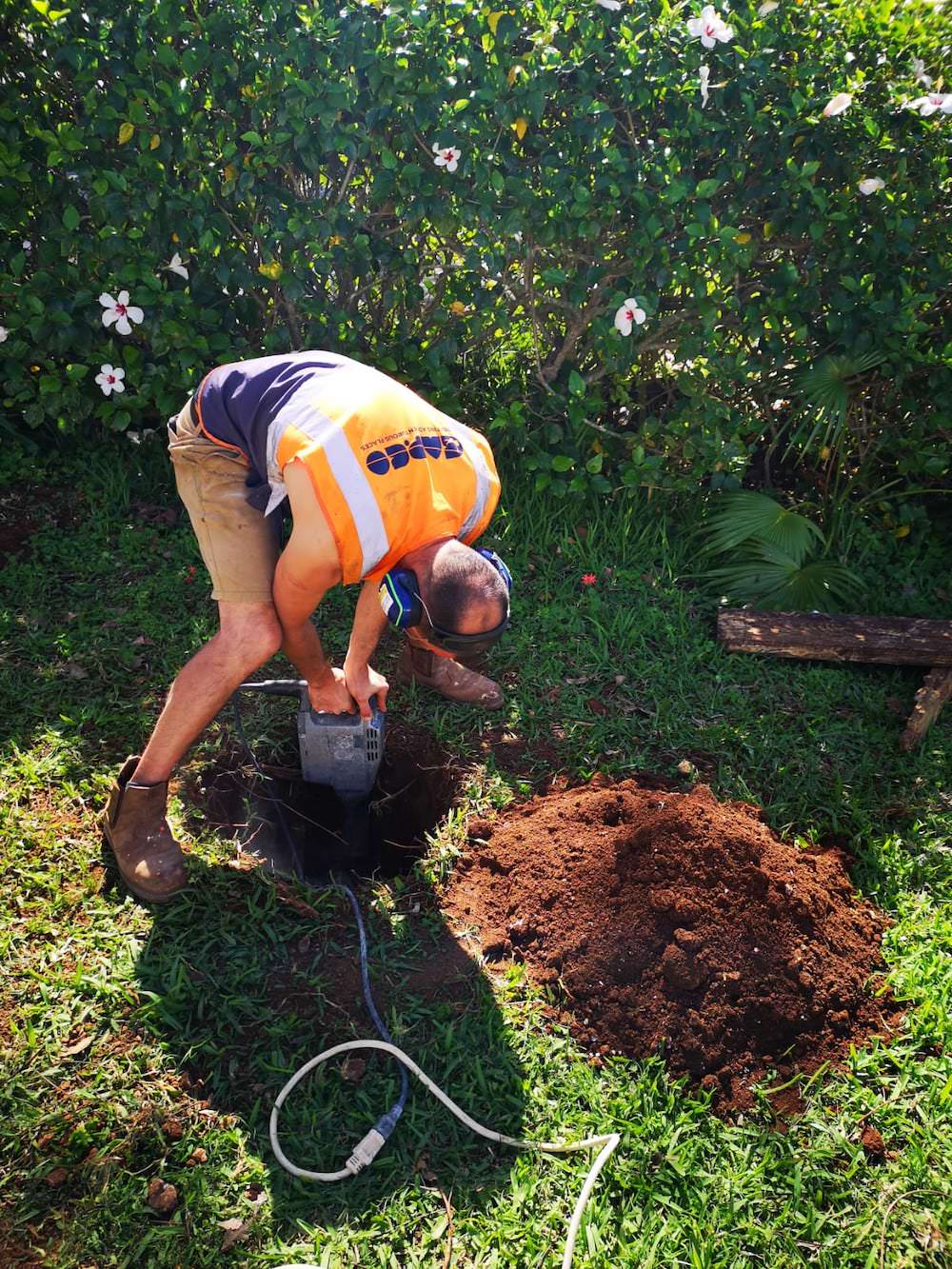 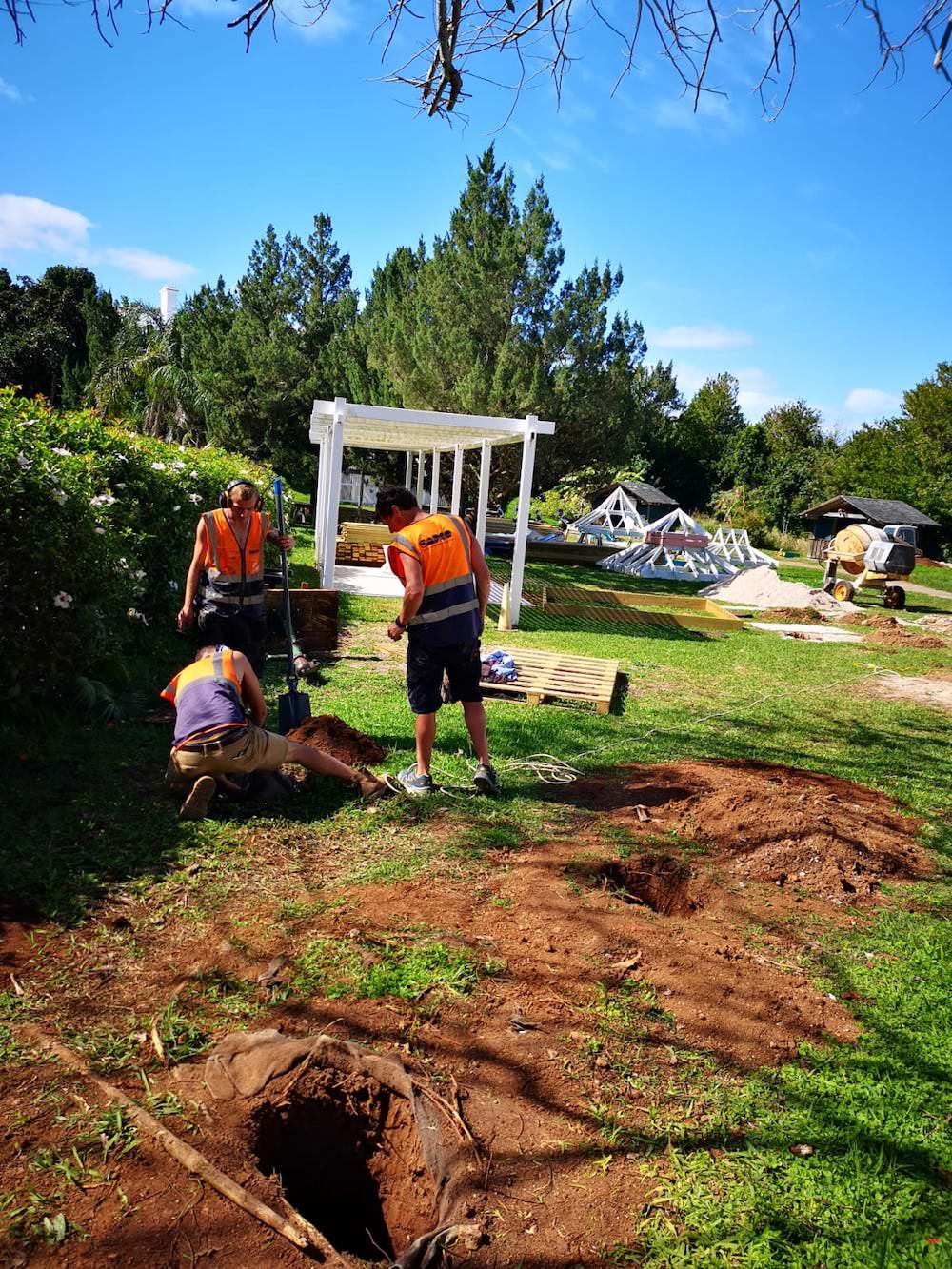 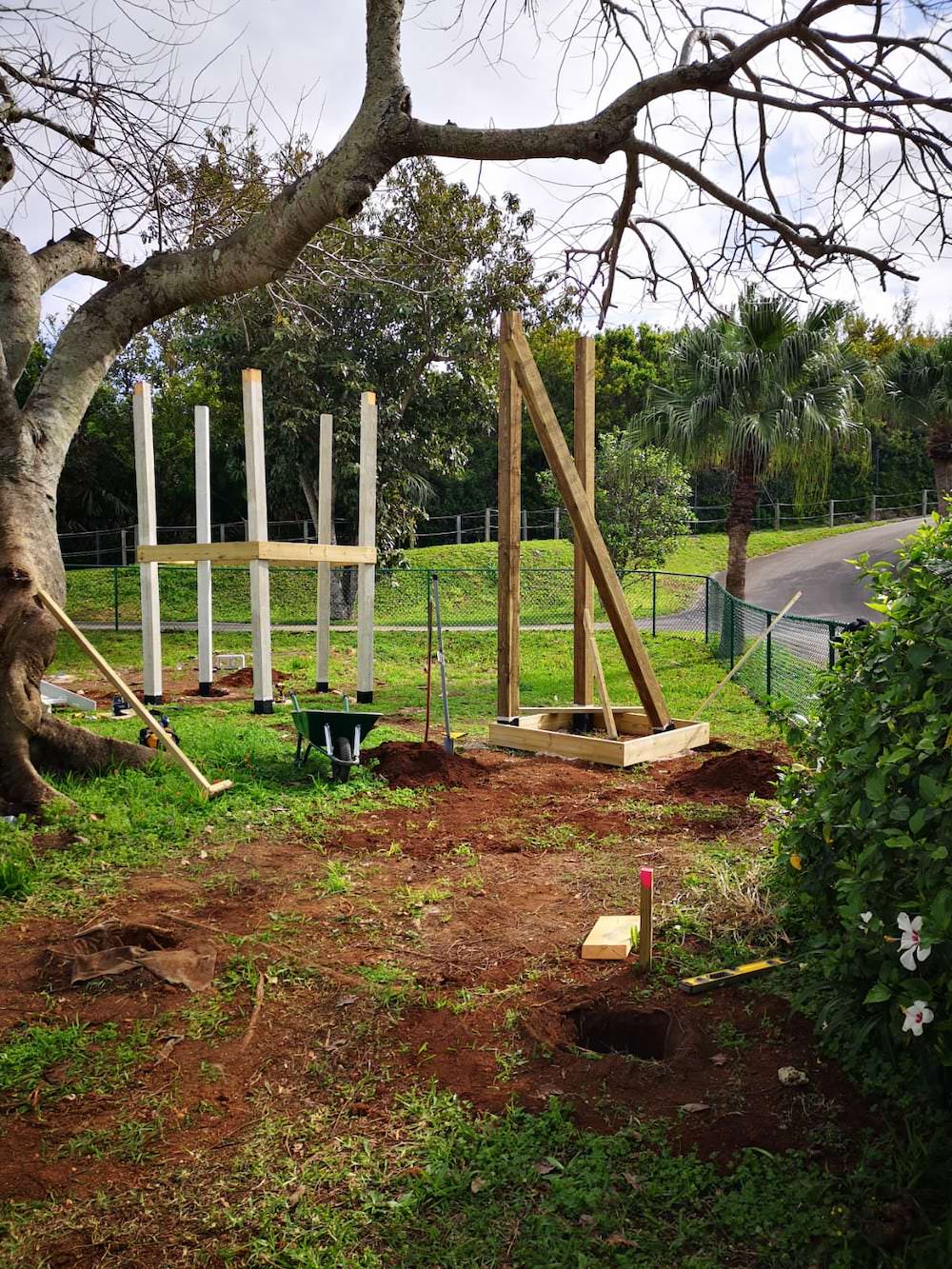 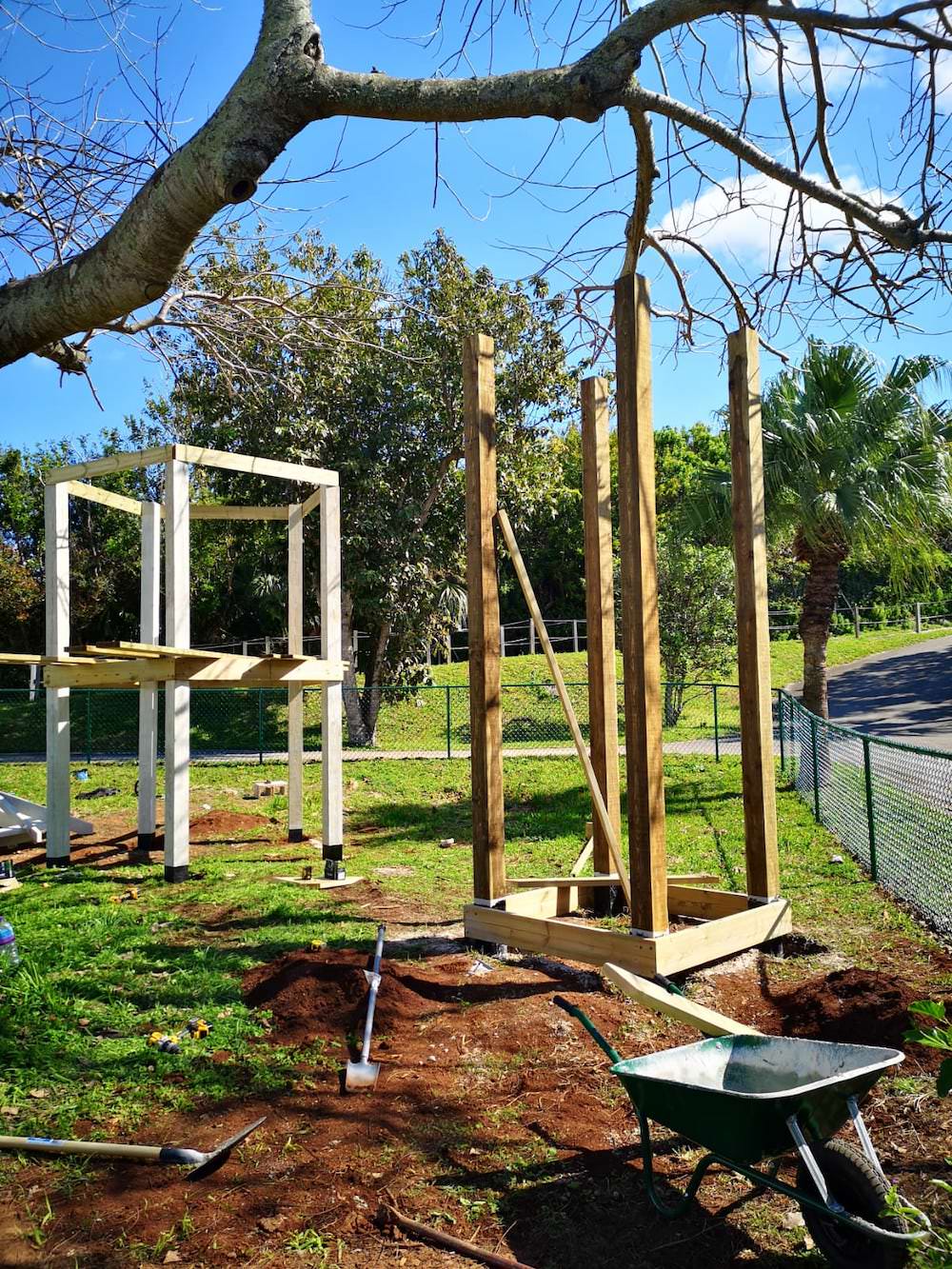