<![endif]--> The Value of Play | We are CAP.Co Creating Adventurous Places

The value of play

What is the real value of play? 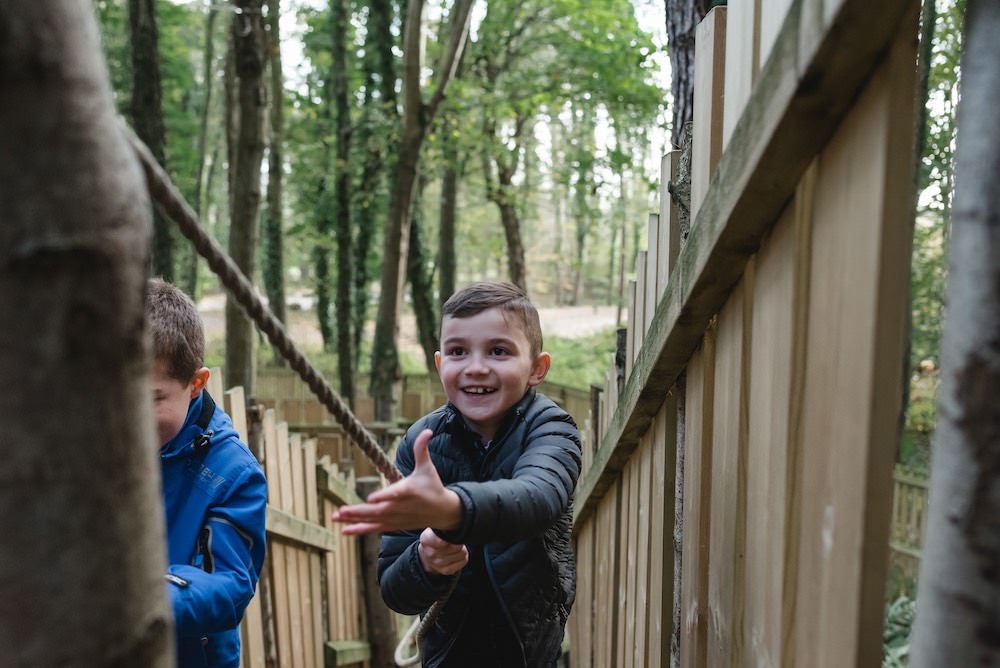 We all understand that young people are probably spending too much time in front of their screens. Thankfully, over recent years, less of this is in isolation and there’s now the option to socialise online with peers. But this also brings new pressures that the older generation may never see, let alone experience. A lack of likes is an online sleight, an unfollow can be the end of a friendship and a relationship isn’t official until it’s officially online.

Since we started CAP.Co back in 2014 we’ve been on something of a mission to get kids playing again, outdoors and together. With parents, with friends, taking risks and having real fun. Like many of us did when we were kids, but in amazing play spaces that are designed to be adventurous, create challenges and still remain ultimately safe. We want to give the thrill and excitement of real play, and a hint of risk, without playing with fire.

Many of the team learned their craft at Treehouse Company in Scotland – the former masters of treehouse design. Working with them, we helped build a fabulous attraction in Norfolk and we saw how exceptional design, when it was blended with outstanding play value, could create something magical – and that went on to win a THEA as the best new children’s attraction in the world.

It was this combined skill-set that we took into CAP.Co when we created the company. Exceptional design, with a genuine sense of place, that learns from each individual location. We’re creating opportunities for play at every turn, that are fun, engaging and challenging enough to make you want to come back again and again.

In a recent book by the Sociologist Frank Furedi he describes a whole new generation as being ‘battery children’. He describes parents wrapping children in cotton wool so they are akin to battery hens living an indoor existence.

And this is proved by some recent figures from the NHS.

Children will always have accidents. It’s what they do, how they grow up and how they understand what risk they are prepared to take. But interestingly, the number of accidents that children have, hasn’t changed significantly in ten years. The type of accidents they have however changed markedly. Falls from a tree have dropped 34% since 2008 to only 692 in 2018. I think we probably had this many in our village, during one school holiday back in 1978. Conversely, falls from beds and chairs are up, RSI related injuries from hammering games controllers are also up by a huge 62%.

But the saddest statistic of all is that the biggest rise in accident statistics for children between 2008-2018 is in intentional self-harm with a sharp object. Up 270% over the same ten year period.

So these kids may be indoors and apparently safer, but they are unhappier than ever before.

And that for us, that shows the real value of natural play.

But none of this is new. As far back as 2008, the Government, via Play England, set out their strategy to encourage the development of more safe places for young people to play in their communities. We’re proud of the fact that since we started, we’ve built adventure play spaces which have already had more than 6.5 million children and families playing outside together amongst all sorts of jungle bridges, treehouse, slides, woodland hideouts and mazes in the sky.

We aim to create challenges that have some small degree of risk, but zero degrees of hazard. At every turn there are choices and options to encourage decision making and an incremental approach to the challenges you feel brave enough to address.

Natural play, in these environments, encourages socialisation and builds confidence. It’s simple play, away from screens, free in the great outdoors with the sights, sounds and smells of nature surrounding you – and we love it.

So, here’s to the next 6.5 million, the next 20 million, or even just the next smiling happy face that’s had an amazing time playing with friends and family outdoors – the post PlayStation generation. Inspired to do more and be more prepared for life’s new adventures.

It’s what we do, what inspires us to do more and it’s why we love creating adventurous places.